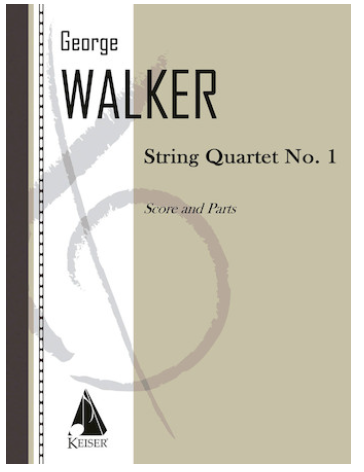 Pulitzer Prize winning composer George Walker's first string quartet was composed in 1946 after his graduation from the Curtis Institute of Music and debut as a prodigious piano soloist with Eugene Ormandy and the Philadelphia Orchestra. The first movement presents strongly contrasting themes in a clearly defined sonata form. The second Adagio movement would later become the basis of Walker's most popular work, Lyric for Strings. The third movement is a large-scaled Rondo which closes with a reflective coda.