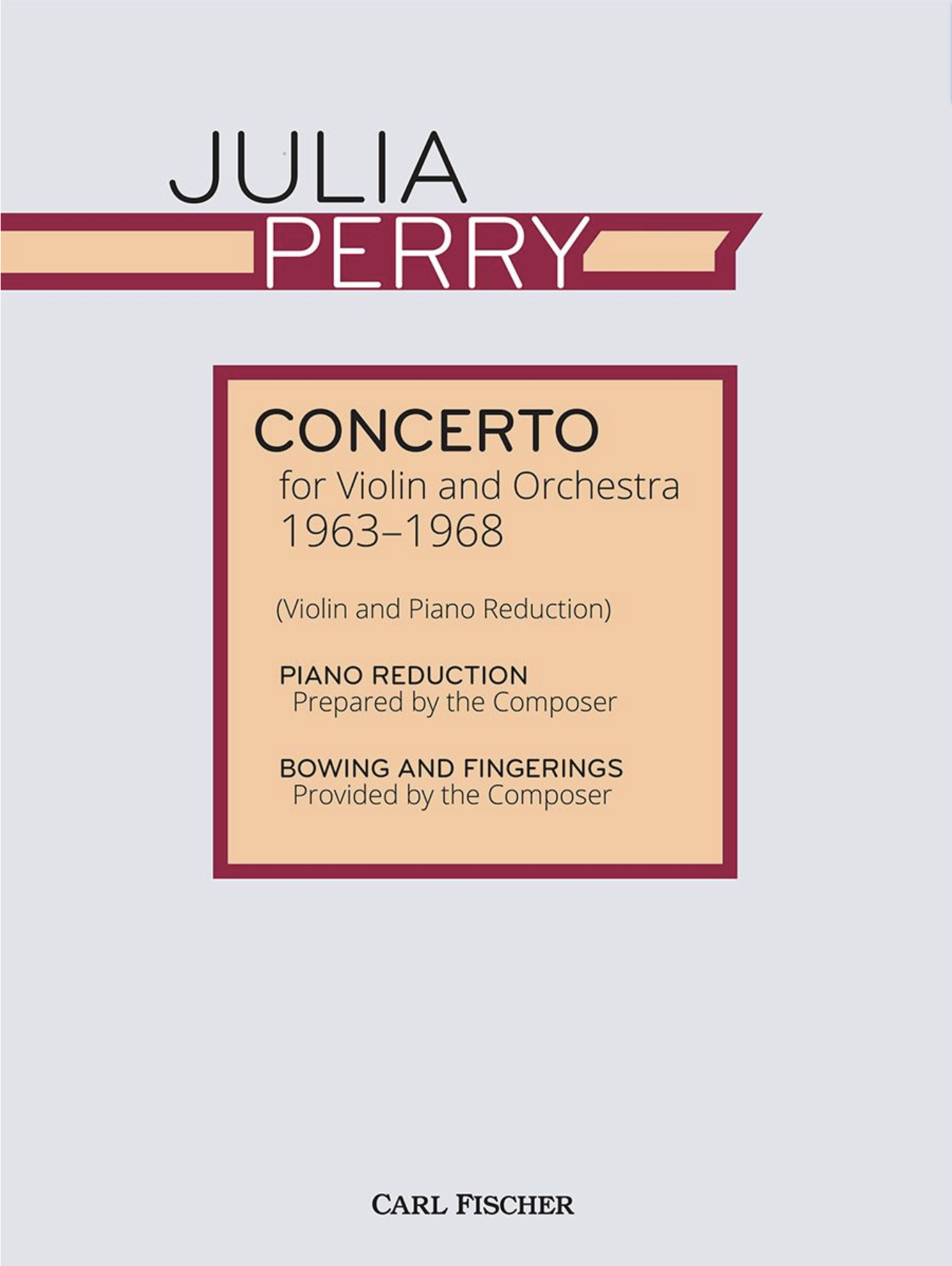 The awardee of two Guggenheim fellowships, Julia Perry studied composition with Luigi Dallapiccola and Nadia Boulanger, and conducted her works on a tour throughout Europe with the Vienna Philharmonic and the BBC Orchestra. She would become one of the first African-American female composers to have an orchestral work performed by the New York Philharmonic. Although she had an auspicious and promising career in her early life, it was tragically cut short by a series of strokes leading to partial paralysis and eventually, her death, at age 55 in 1979.

There is no evidence or documentation that the Violin Concerto was ever premiered or performed during her lifetime, despite the fact that the composer prepared a full score, piano reduction and orchestral parts. Regrettably, this is the case with the majority of her works composed in the final decade of her life.