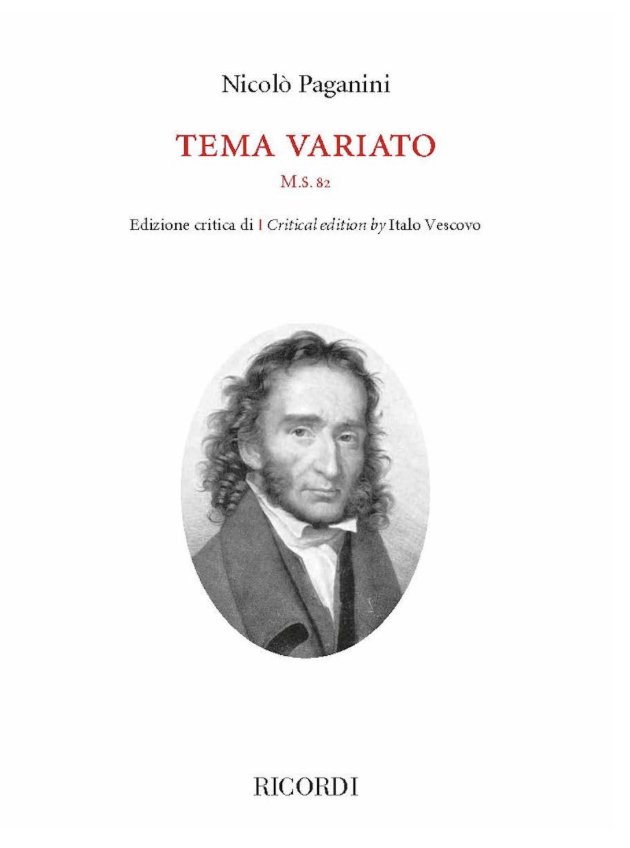 Paganini's Tema variato for solo violin (M.S. 82) is a work dating from the composer's juvenile period, written between the end of the eighteenth century and the beginning of the nineteenth, a period in which works such as his Carmagnola con variazioni (M.S. 1) for violin and guitar, the posthumous “Grande concerto” (E minor concerto M.S. 75), and Inno patriottico for violin (M.S. 81) were composed. Organised as a theme followed by seven variations, the piece showcases a decidedly virtuosic musical writing, with numerous technical gestures that seem to prelude the Capricci op. 1 (rapid arpeggiated passages, wide leaps, double stops, etc.) together with a search for unusual effects, such as “organetto” and “flagioletto” (the use of simple or double harmonics). The Tema variato is a significant work both in terms of its historical-instrumental importance and its musical quality, where the carefully thought-out organization of the variations, each with its own distinctive character, is evident. This critical edition is based on the manuscript kept in the Historical Archives of the Municipality of Genoa (ms. 1793) compared with the 1999 Suvini Zerboni edition.