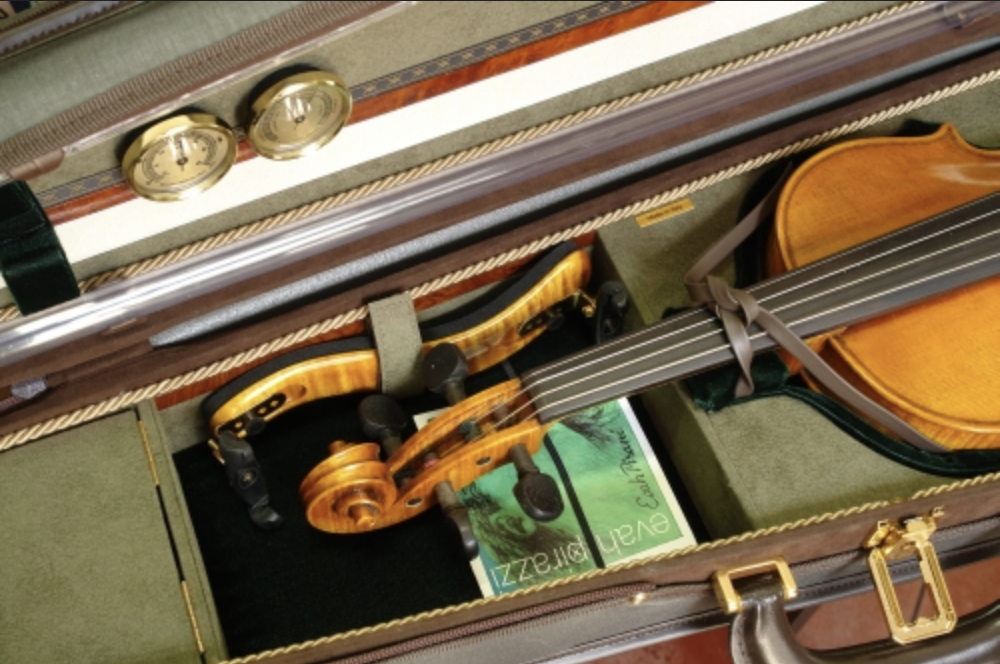 In 1986, after three years of building violin cases and several hundred sold, Mr. Musafia felt he was ready to design and build a case to compete with the best the world had to offer: the case was called the MASTER SERIES.

To measure up to the great names that were then housing violins by the likes of Stradivari and Guarneri, no effort was spared. While a Luxury model case had basically four structural components in the bottom, the MASTER SERIES had no less than 11, each one painstakingly bonded (some with bolted-through steel L-reinforcements) to create a case of exceptional strength. The padding follows the shape of the instrument closely to restrain it from excessive movement in case of impact, and multiple accessory boxes add utility. The MASTER SERIES was likewise the first Musafia case to be equipped with full instrument suspension and humidifier (in 1988).

Mr. Musafia's efforts were rewarded when many of the world's greatest concert artists, such as Isaac Stern, began to choose this model, but moreover high-level violin dealers, foundations and museums did so as well.

In 2013 the MASTER SERIES was subjected to its first major redesign. On the violin models the instrument is more centrally-placed to offer greater protection from bumps, while the shape of the impact-absorbing foam filler on all models was likewise refined to provide greater protection in case of fore-and-aft movement. The accessory boxes became asymmetric to increase room for accessories and they also gained a bottom lining in Fleur-de-Lys paper, elegant and plasticized to guarantee a long life (oblong models only).

The new MASTER SERIES ALISEA offers lighter weight with a luxurious SuperSilk interior, without sacrificing quality or instrument safety in any way.

*Pictures are to show examples of this model and color*