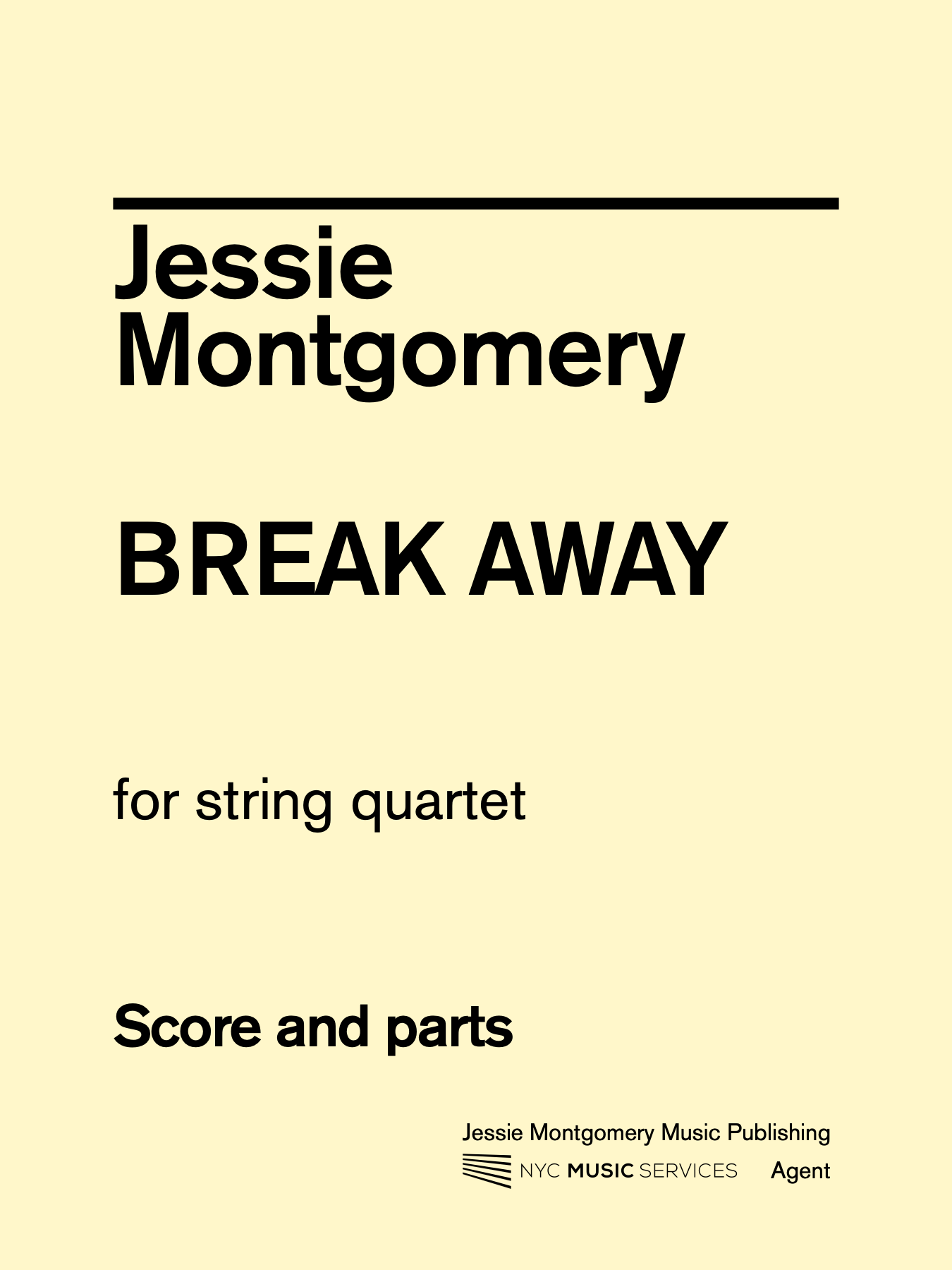 Break Away was written for PUBLIQuartet (PQ) in 2013 for a premiere at the Music of Now festival at Symphony Space. The piece was born out of a series of improvisations that PQ was working on while in residency at the Banff Centre where we formed a suite of short pieces riffing on several different styles of music from hip-hop to electronica to twentieth-century modern. Woven among some of my own chosen specific imagery, I adapted some of the techniques from that suite into this five-movement work.

The score calls on the quartet to both play with and “break away” from the score at various points, thereby attempting a seamless dialogue between the written score and the whims of the quartet, in which the piece takes on further transformation at each performance.

The first movement, Lilting, is an homage to Anton Webern with a focus on gestural dialogue. The second movement, Songbird, is an image of an individual’s voice trying to emerge against a harsh facade and includes the first improvised passages in the work. The third movement, Smoke, is loosely based on the form of a jazz tune of my own design. The fourth movement, Quick Pass, serves as a transition to the final movement Break Away, in which the quartet incorporates its most open improvised sections.

Boxed notation and improvisation: gestures inside boxes indicate a suggested musical phrase that should be repeated at will, in partnership with the other players. The suggestions can be taken literally, or used as a reference for the player’s own creation. However, it is expected that the improvisations will happen within the general pulse of each movement in order to maintain flow. Feel free to vary octave placement and pitches, while staying informed by the general tonal center (such as a jazz improviser will traverse several modes while staying true to the original key of a given tune). Have fun.