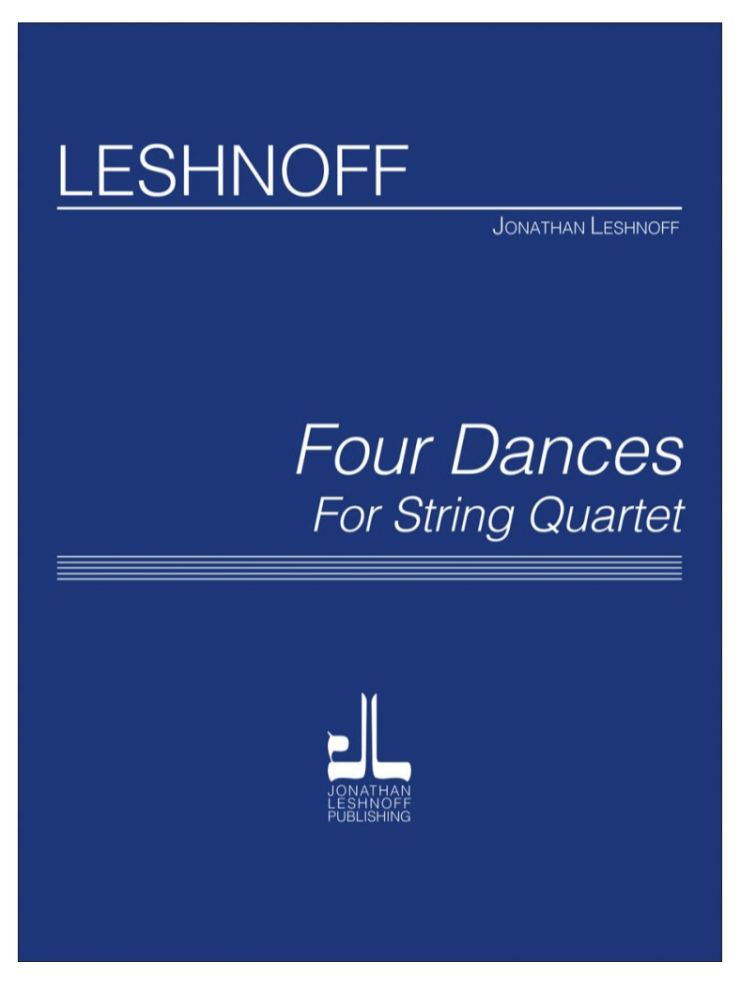 Having written four String Quartets in less than a decade, Leshnoff struck a lighter note with his fifth, titled Four Dances. The four dance movements are I Waltz, II Pavane, III Chas Tanz, IV Furlana. Written in 2014, Four Dances was premiered by Carpe Diem String Quartet the following year, and has just been recorded by the same on an album featuring Leshnoff's 3rd and 4th String Quartets, as well. Four Dances is also arranged for saxophone quartet (494-03141) and Baltimore Chamber Orchestra recently premiered a chamber orchestra arrangement, available on a rental basis. An arrangement for full orchestra is also available on rental.