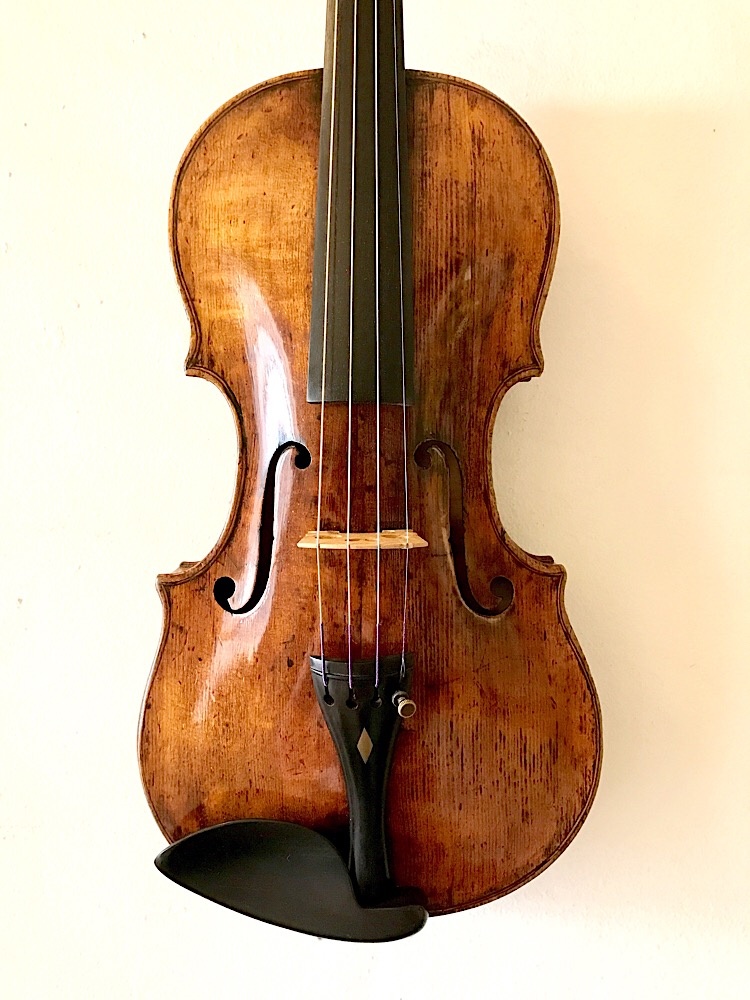 From a long dynasty of influential luthiers, Joseph Ferdinand Leidolff stayed true to the Jakob Stainer-oriented family tradition which had been such a major influence on the Viennese style. The Viennese tradition of violin making goes back to the 14th century. Several names of lute makers, some of them also recorded as makers of bowed stringed instruments, are mentioned in the city’s archival documents. In 1498 Emperor Maximilian I initiated a reorganization of the Imperial Chapel, which had a major impact on instrument making in Vienna. From then until the 18th century the court employed musical instrument makers on a permanent basis. Thanks to the high demand for stringed instruments during the Classical era, various makers of local importance were active in the city. Five members of the Leidolff (Leydolf) family worked in Vienna between 1673 and 1774. The most important was Johann Christoph, Joseph Ferdinand’s father - who used a model with high arching and f-holes with a broad and very typical lower portion. He also used a dark and opaque varnish. This instrument is a beautiful representation of an extension of influence.

Leidolff’s interpretation of the Stainer model dominant at this time is evident in this instrument. The contours of its slightly “angular” template is an expression of his personal artistry and craftsmanship, complemented by the delicate Viennese scroll. The violin’s authenticity is confirmed by both the dated original label inside the body and the brownish-yellow varnish which has the darkening that is characteristic for Leidolff’s instruments. Repairs which are unavoidable for an instrument of this age have been restored with precision and care, keeping the tone intact.

The highly arched, slab-cut maple back has many elements working together to create an appealing and handsome look in shades of dark brown with light amber highlights.  Some well-repaired cracks, and the vertical gouge marks and tracks from the maker's tooth-plane work nicely with the subtle, irregular horizontal flame.

The very highly arched top is marked by handsome “bear-claw” figure, that is especially pronounced in the upper bass bouts of the violin.  The top has suffered some distortion and repairs over the centuries, but is now stable and well reinforced.

The sound of the instrument is indicative of its history, with a tone that is complex and rich, while remaining mellow in the room as well as under the ear.

The violin has been restored to an excellent condition and is ready to play.