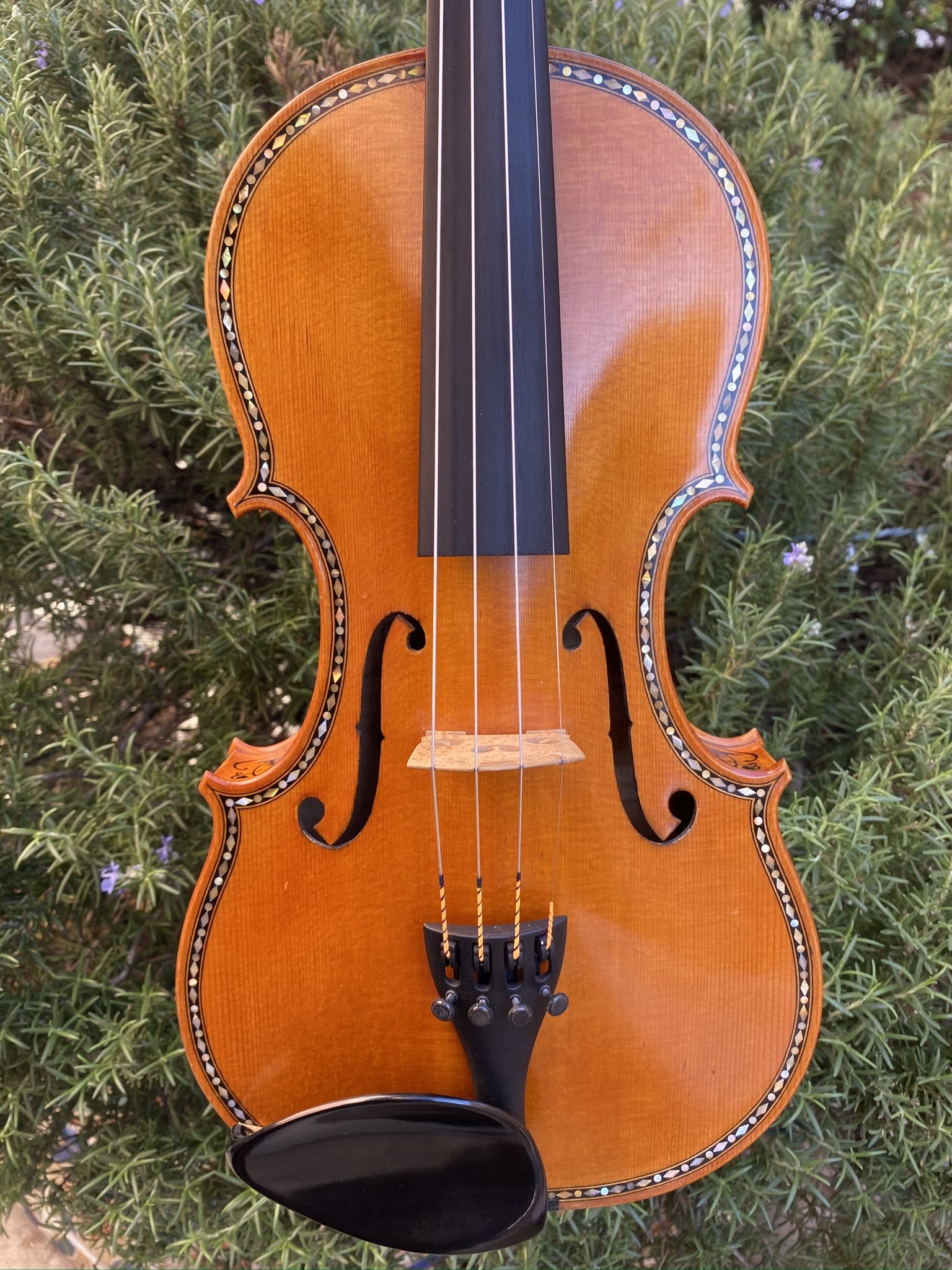 Jose Cabascango, also known as Gato, was born into a humble family in Otavalo. Traditional Ecuadorian music and the construction of musical instruments were his two great passions from an early age. After touring the Ecuadorian highlands as a member of various folk groups playing his own instruments, in the early 1990s he decided to cross the Atlantic and travel through several European countries, making his music known. Finally, after settling in the city of Flensburg, his skill with his hands has led him to become a renowned master luthier in northern Germany.

This incredibly unique violin features inlaid mother of pearl as well as decorated ribs and scroll. The luthier’s artistry is evident in these additions. The back is formed from two pieces of quarter cut maple, with beautiful straight medium-narrow flame. The wood of the ribs and scroll match the back, and the grain of the two-piece spruce top is straight, narrow, and even. Varnished with a golden yellow color, the violin is a beautiful combination of these elements - the decorations complement the varnish choice nicely.

This violin is effortless to play - it speaks clearly and immediately. The beautiful decorations are equally matched by the resonant and radiant tone.

The violin was crafted in the shop of Antonio Menzel located in Flensburg, Germany. Menzel’s shop is well regarded for its instruments as well as repairs and restorations.

It bears a handwritten label that reads “Jose S Cabascango Flensburg 2000, ‘Esperansa’ le dedico a mi querido Maestro ‘Antonio Menzel’”. Esperansa could be the intended name of the violin, meaning ‘Hope’. The remainder translates as ‘I dedicate it to my dear master (teacher) Antonio Menzel’. The violin comes with a certificate from Antonio Menzel.

The violin is in excellent condition.