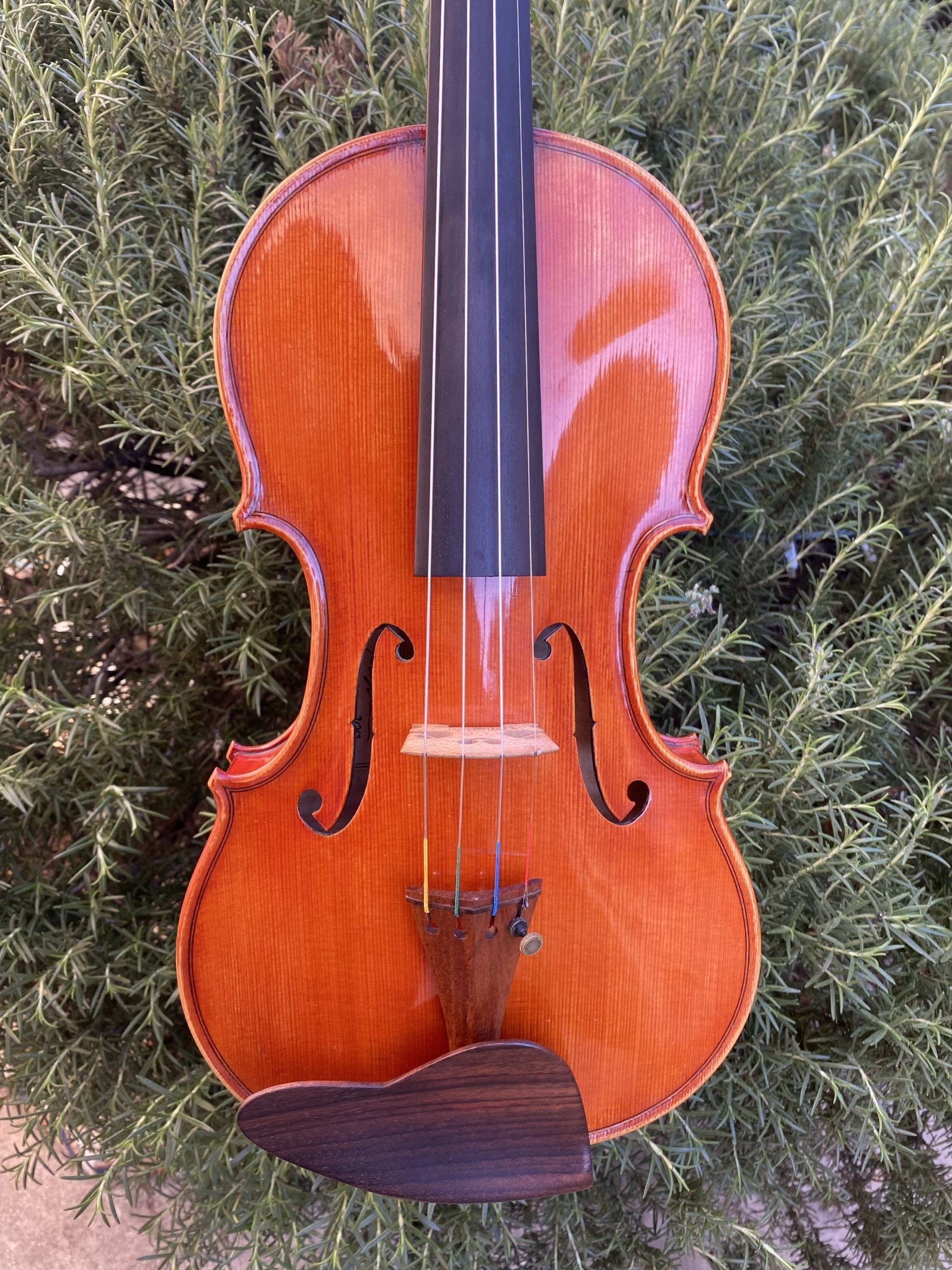 John Harrison was born into a family of craftsmen.  As a youth he  began repairing acoustic guitars.  After spending four years in the U.S. Air Force he settled in Redding, California where he continued his repairing of stringed instruments.  By 1976 he was recognized as a gifted repairer of violins and violas.  He even designed and constructed a ground breaking electric violin.   In 1982 John built his first acoustic violin.   Since then he has gone on to create on the average of six instruments a year.

In the past years John has received numerous awards from many organizations including The Violin Society of America, The Violin Makers Society of British Columbia and The Violin Makers Association of Arizona, International.  With two Silver medals and three Certificates of Merit from the Violin Society of America, his reputation has been firmly established.  Many renowned musicians play Harrison instruments, including, Dan Kristianson, John Creighton Murray, Leroy Peterson, Frances Drews and a number of National Champion Old Time Fiddlers.  John's instruments also reside in several collections specializing in contemporary American makers.

John strives to create the most authentic and highest quality instruments possible.  Using classic Italian building methods as practiced by the famed Stradivari and other makers of the Cremonese School, selecting only the finest woods available; Bosnian Maple, Northern Italian Spruce, and working with traditional tools; he handcarves and shapes each part of every instrument.  John finishes each instrument with a varnish that he creates using traditional Italian formulas.  Attention to detail and his dedicated craftsmanship have rightly earned him a place among the great instrument makers of our time.

This beautifully-made violin possesses a rich, powerful tone, yet we consider it to be quite bright. The labelling of an instrument as 'bright' is often interpreted as a negative tonal attribute, but this violin is an example that brightness can be accompanied by richness, depth, and color--a sound fit for the most discriminating taste.