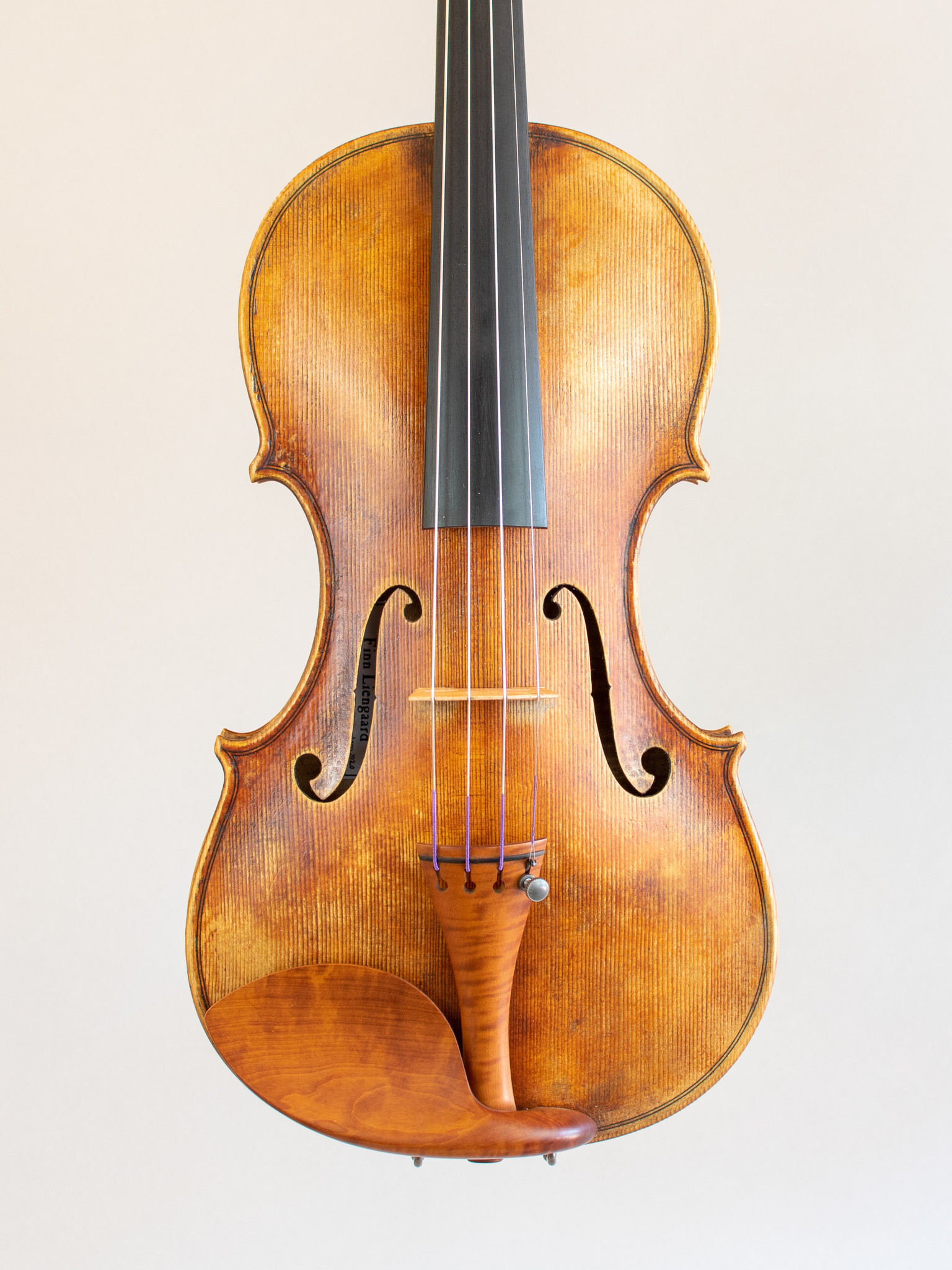 From a family of musicians, artists, craftspeople and performers, Finn Liengaard was drawn to working with his hands from a young age. It wasn’t until his late teens, though, that he married his two passions of woodworking and music together and enrolled in the Newark School of Violin Making in 2009.
Since Graduating in 2014, he has continued to develop his new making; taking influence from the masters of the golden period of violin making whilst expressing his own personal touch to his instruments.
His instruments are played by both classical and folk musicians throughout Europe and the US. When he is not traveling around the US with his family in a school bus, he can be found in his workshop, focusing on new making in Port Townsend, WA.