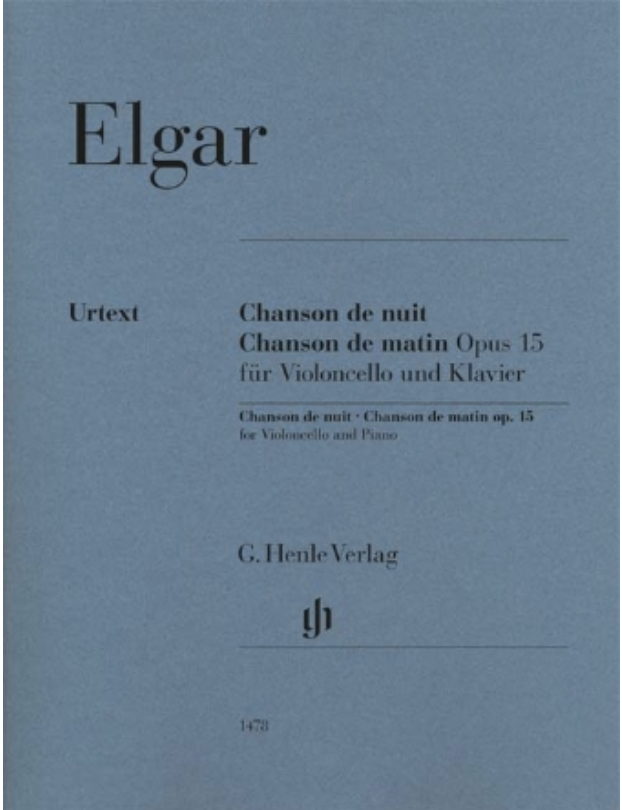 Like Elgar's Salut damour, the two “chansons” are amongst his most popular melodies. The dreamy “Chanson de nuit” and its cheerful counterpart “Chanson de matin” are often performed together.

Composer and publisher already sensed that this “evergreen” would build on the success of Elgars Salut damour, and they similarly planned arrangements of this pair of works for various instruments. Not all of them came from Elgars own pen, although the cello arrangement probably does, for he himself wrote to the publisher “A cello arrangement should be useful: I have written it where necessary in the tenor clef: I understand that amateurs of small attainments prefer the treble clef”. He was thus consciously aiminghis arrangement at amateurs, something that should not prevent advanced and professional cellists from revelling in these charming melodies in Henle's Urtext edition.