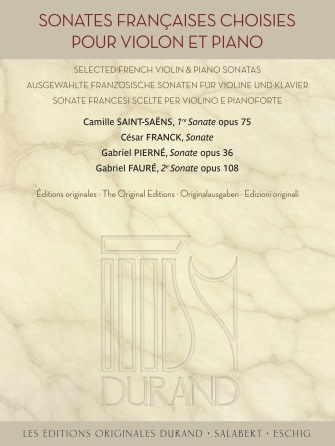 This volume in the series “Les éditions originales Durand - Salabert - Eschig” contains a selection of sonatas for violin and piano composed between the end of the 19th century and the beginning of the 20th. The original engravings are reproduced, giving musiciansa valuable record of how these major works were first published, whether in the composer's lifetime or posthumously.