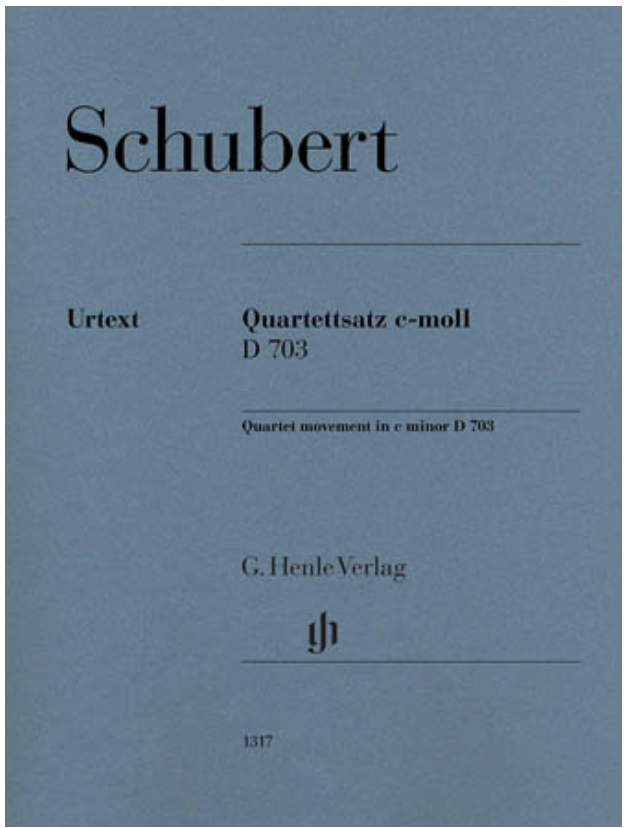 Schubert's composition of a new string quartet begun in December 1820 was, alas, never to get beyond the first movement; the heavily reworked autograph breaks off at the outset of the second movement. But the fragmentary work that later came into the hands of Johannes Brahms from Schubert's estate, delighted its new owner so much after its premiere in 1867 that Brahms had the first movement published three years later as Schubert's “Posthumous Work” - thus paving the way into audiences' hearts for this little gem. Schubert's autograph manuscript features such numerous divergences in dynamics and articulation that editor Egon Voss suspects it to be one of Schubert's experiments with variations. This is why in his Urtext edition he proceeds with extreme restraint in issuing additions and changes with respect to parallel passages - thus making Schubert's diversity of ideas comprehensible for performing musicians. For all who want a peek inside Schubert's workshop, the few measures of the second movement are included as a bonus!