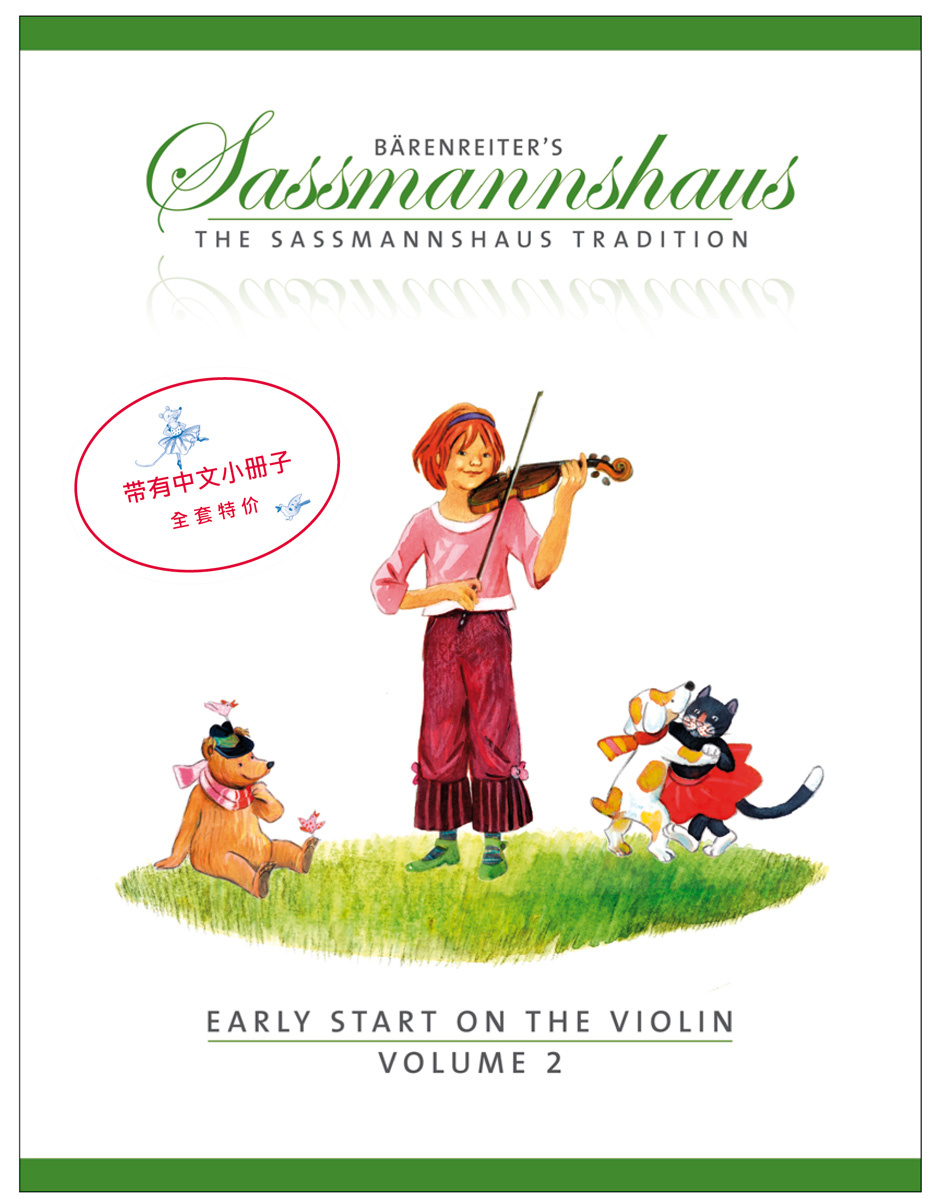 This edition consists of the English volume BA 9677 and an insert which includes translations of all text parts into Chinese.

Volume 2 in our series, with colour illustrations and easy-to-read fingering charts, contains not only nursery rhymes and folk songs but also classical recital pieces for two violins to help learners improve their ability to read music. They will become acquainted with dotted notes, 16th notes (semiquavers) and their first double stops as well as with changing between high and low finger positions.The volume is pioneering with its early introduction of playing in different positions: by combining finger patterns, the cornerstone of good scale technique, learners can play major and minor scales in every position without using open strings – and this often in the very first year of lessons! This allows them to transpose the familiar nursery rhymes they have already mastered into other keys and higher positions. Together with the beginning shifting exercises, it provides a solid basis for early virtuosity – a great advantage offered by no other tutor in the same way.

To accompany this volume, we recommend the two volumes of the “Violin Recital Album” (BA 9668, BA 9669), edited by Kurt and Christoph Sassmannshaus and Melissa Lusk. They contain delightful recital pieces in first position with piano accompaniment and an optional second violin part, allowing young players to display their progress in recitals.

The authors
In 1976 Egon Sassmannshaus, one of the most experienced and renowned violin teachers in Germany, published his tutor “Früher Anfang auf der Geige”. This standard work for young string players quickly became the most popular and best-selling tutor in the German-speaking countries for beginners on the violin. His son Kurt Sassmannshaus functioned as co-editor of the English-language edition, “Early Start on the Violin” (BA 9676, BA 9677, BA 9678, BA 9679), adapting his father's successful tutor to meet the needs and requirements of English-speaking children.

The combined knowledge and experience of both father and son make these four volumes the most thoroughly researched and thought-through violin tutor for beginners all over the world.