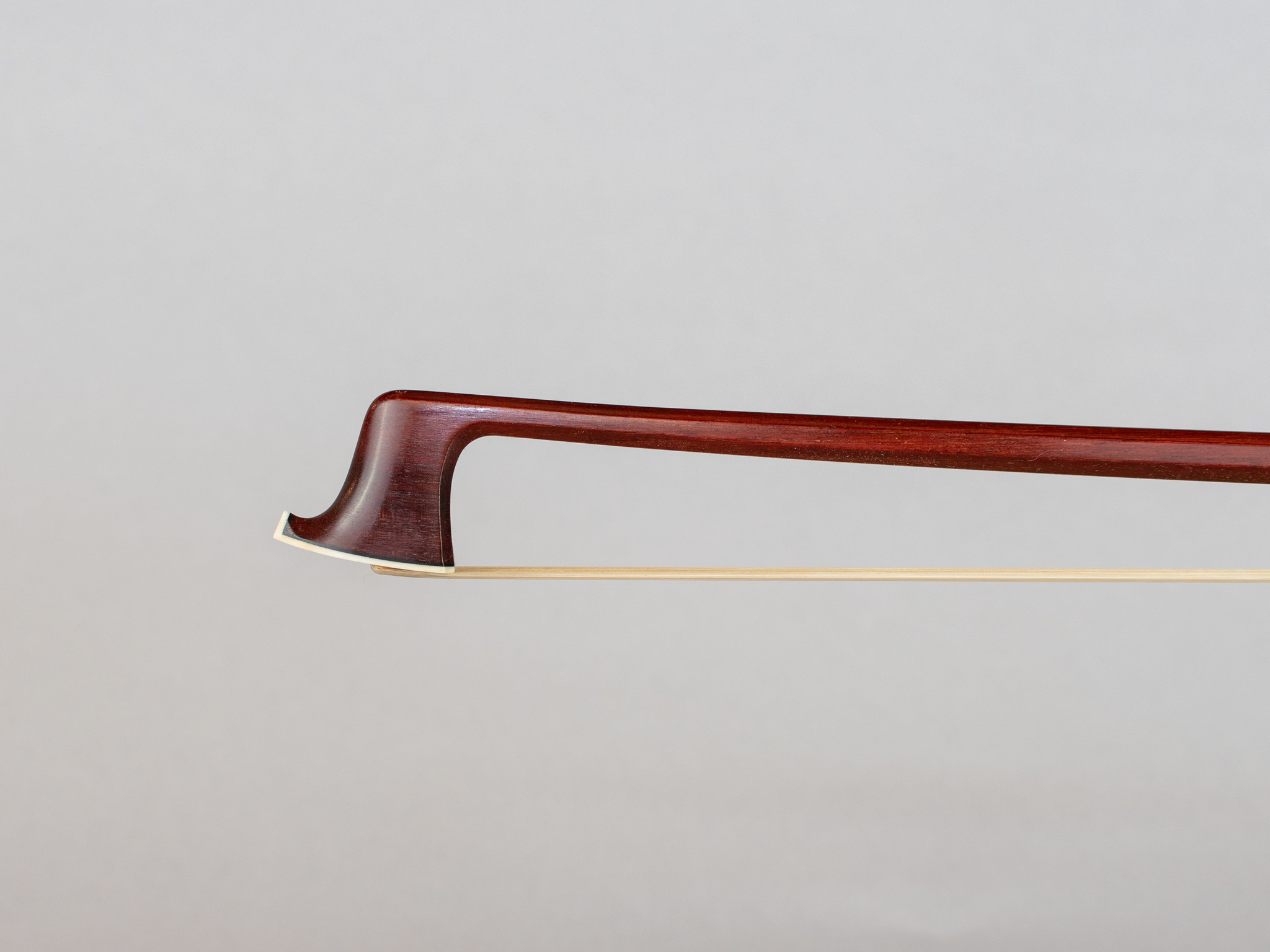 Richard Grünke, born in Poland in 1930, ended up in the upper Vogtland in 1944 during the turmoil at the end of WWII. He began his apprenticeship as a bow maker in 1945 with Edwin Herrmann in Schönlind, then completed it in the H.R. Pfretzschner workshop in Markneukirchen between 1946 and 1948.

He remained in this workshop until 1950, when he went to Berlin to work for Alfred Leicht. The years in Berlin were to augment the training he had received in the H.R. Pfretzschner workshop and had an important effect on his later working career. In 1952 he moved to Bubenreuth to work for Roderich Paesold. With his masters’ examination in 1957, the Peasold company began to stamp his bows in general with” Richard Grünke”.

The style of his early bows was clearly influenced by the Pfretzschner workshop.  Later on with the inspiration of old master bows and suggestions of important musicians he developed a very personal model which he followed for his entire career. In 1975 Richard Grünke set up a business of his own in Bubenreuth. The workshop developed with great success and became a highly frequented address within not only the German but also the international string music community.  In recognition of his work he was called on to participate on the jury’s panel in international bow making competitions.

In 1996 he founded a new company with his two sons, Klaus and Thomas, named “Richard Grünke & Söhne GmbH”, in which he still plays an active role.