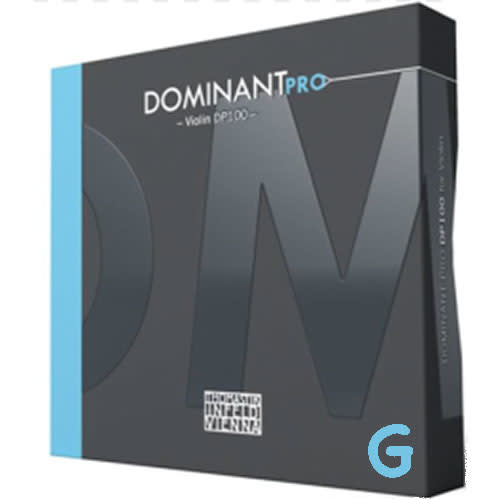 If you order now you will be one of the first in the world to receive these amazing strings when they are released on March 3, 2021!

At Thomastik-Infeld, we collaborate daily with top-class, international musicians who have often requested that we develop an additional set similar but expanding upon the possibilities of the existing DOMINANT strings.

+ good balance of brilliance and warmth

+ supports the radiance of the instrument in the long term

+ a sound that fills the room

THE SOUND DEVELOPMENT OF DOMINANT PRO

Immediately after stringing, the DOMINANT PRO set DP100 sounds bell-like and fills the room. In the first three to five hours of playing, the strings feel a touch softer and sound a little warmer than they do for the rest of their lifespan. Then the strings open up, sound more brilliant and open, and feel a little tighter beneath the fingers. The bell-like sound that fills the room decreases slightly in the last third of the strings’ life and they sound more direct – from this point on, the tonal character of the strings barely changes.

The DOMINANT PRO G-string NO.DP04 has a very low metallic component, less bow noise, and a more direct response. It is a good fit for the majority of new and old instruments and is ideally suited for soloists, chamber musicians, and use in orchestras. Due to the slightly increased string tension it also offers increased resistance to bow pressure without putting too much strain on the instrument. The new string feels soft beneath the fingers, but stands out with its high resistance to bow pressure with an extreme capacity to sustain sound and outstanding radiance.