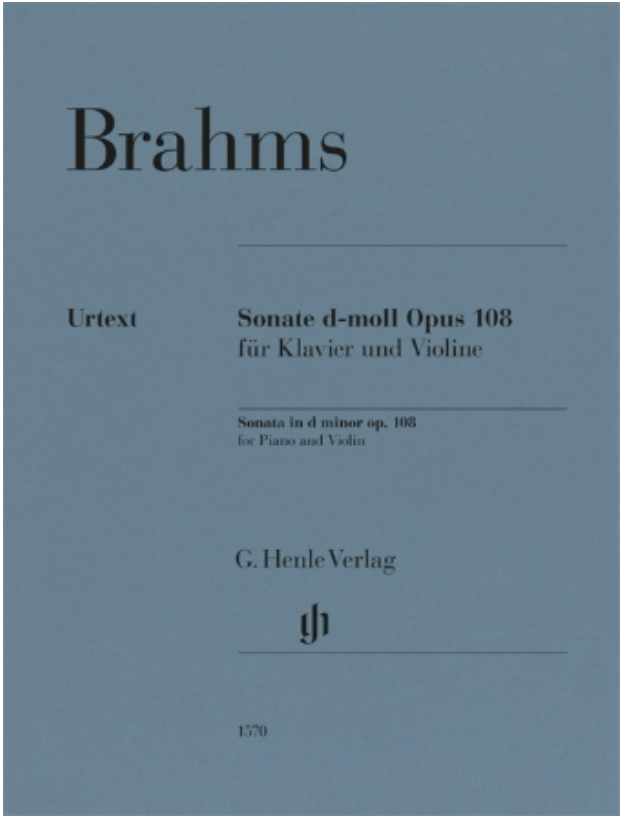 Brahms completed his Violin Sonata in d minor op. 108 in 1888. It was the culmination of several years of work, and his final contribution to the genre. This Third Sonata is his only one in a minor key, and stands in stark contrast to its two predecessors, the cheerful and lyrical Sonatas in G major and A major. Cast on a large scale, its four movements are full of tense drama, technically and musically demanding in equal measure and crowned by a brilliant finale that Brahmss contemporaries admired for its “tempestuous” character. Reason enough for G. Henle Verlag to offer this sonata in a separate edition.

The musical text of this revised Urtext edition is based on the recently-published volume within the New Brahms Complete Edition, which guarantees the highest degree of scholarly precision. The helpful, well-thought-out fingerings are provided by the establishedchamber duo Frank Peter Zimmermann and Martin Helmchen.