Beethoven: Sonatas for Pianoforte and Violin (violin and piano) Barenreiter 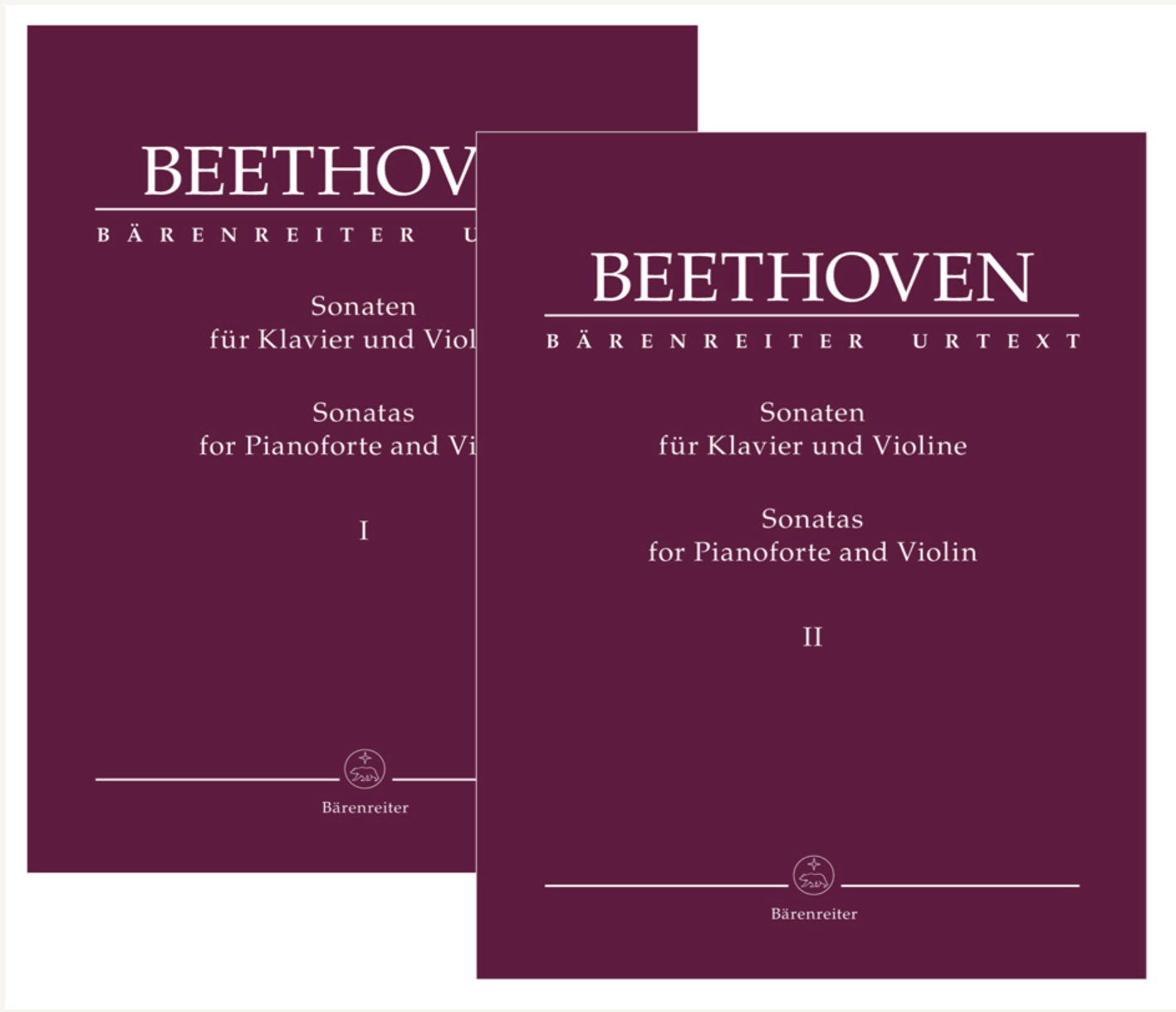 Beethoven: Sonatas for Pianoforte and Violin (violin and piano) Barenreiter

Beethoven’s Sonatas for Pianoforte and Violin are now available at a special set price. The set consists of volume I (BA 9014) and volume II (BA 9015).

Beethoven’s ten sonatas for piano and violin, along with those by Mozart, constitute the heart of this classical music genre. Following the lead of Mozart’s late sonatas, Beethoven lets the violin part become increasingly independent from the piano part.

Not only does Clive Brown’s scholarly critical edition offer a meticulously edited text but for the first time it presents a list of sources and a Critical Report. Furthermore Brown documents a great number of passages where, by today’s standards, the notation raises some questions. These passages had previously been overlooked in the autograph but their significance is now clarified.

One example can be found in Beethoven’s “Tempo di Minuetto” from Sonata op. 30 No. 3, where he uses a notational idiosyncracy based on C.P.E. Bach’s “Versuch über die wahre Art das Clavier zu spielen” to denote a rest. This musical symbol, which was included in the first edition published during Beethoven’s lifetime, has not been addressed in any modern edition to date.

In addition, a score through a chord can also not be found in previous modern editions; this denotes an arpeggiated chord.