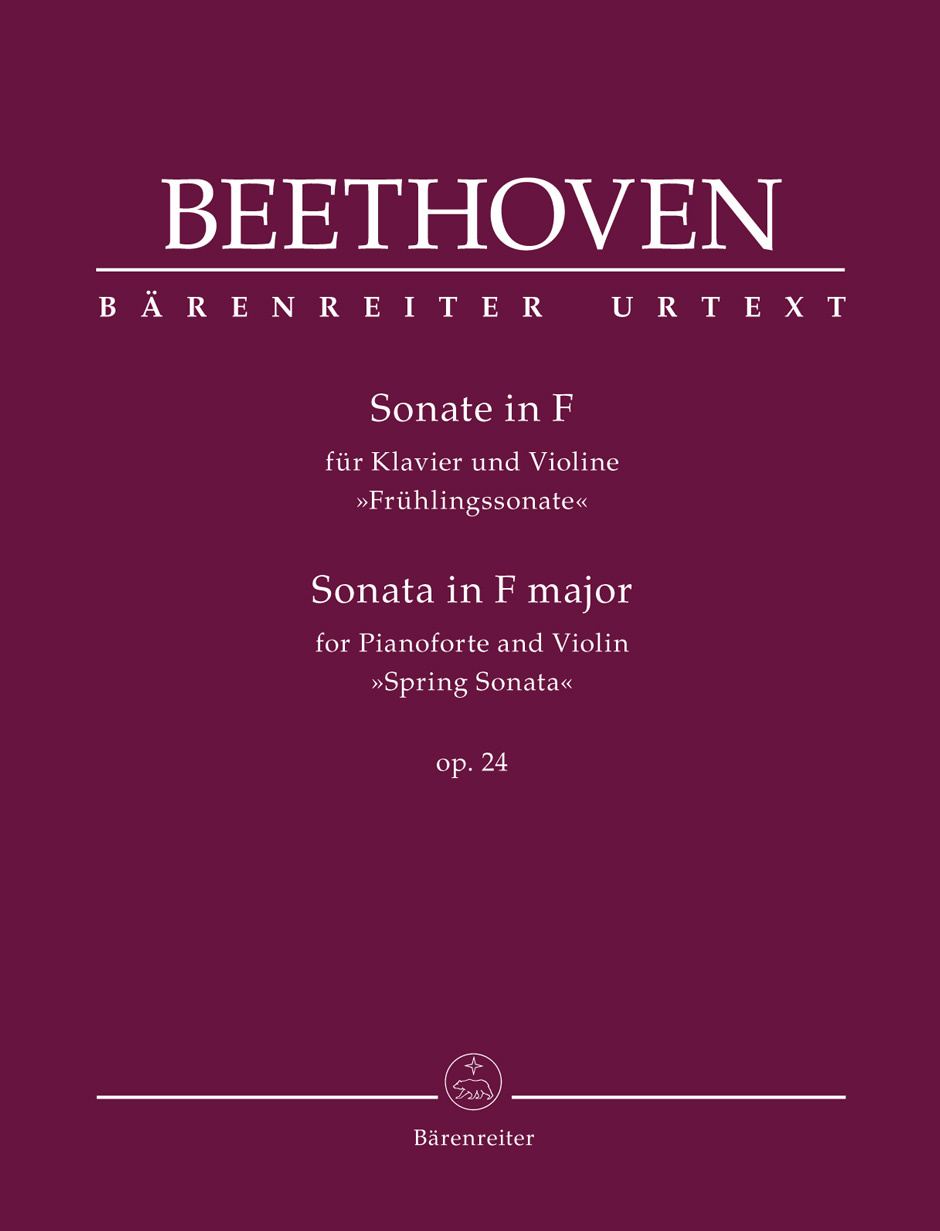 In May of 1802, the “Allgemeine musikalische Zeitung” praised the violin sonatas op. 23 and 24 as being “... among the best Beethoven has written, which is to say that they are among the best being written at all. The composer’s original, fiery and bold spirit … becomes more and more apparent now ...”

The time during which Beethoven composed his “Spring Sonata” was marked by a frantic surge of compositional creativity. “I live only in my notes, and with one work barely finished, the other is already started; the way I write now I often find myself working on three, four things at the same time.”, he wrote in a letter to Wegeler on 29 June 1801. However during this time, Beethoven also suffered from the rapid deterioration of his hearing, a fact he was still trying to hide and that the enchanting “Spring Sonata” which was to become increasingly popular in the course of the 19th century certainly does not divulge.

Clive Brown’s ground-breaking new edition combines a scholarly Urtext approach with the provision of a wealth of information on historical performing practice, all conveniently united in one practical edition. This edition consists of a score and two individual parts for the violin: an Urtext-part based on the scholarly-critical assessment of all sources, and an annotated part with additional information by Clive Brown based on important topics of historical techniques and practices.
In addition to a detailed preface this edition includes information on early editions of this sonata as well as historical metronome markings.

This edition is based on Clive Brown’s edition of Beethoven’s complete sonatas for violin and pianoforte with Bärenreiter (BA 9014, BA 9015, BA 9036), which was the first edition to be published with a Critical Commentary and the complete description of relevant sources.

The pivotal Performing Practice Commentary by Clive Brown and Neal Peres Da Costa is available online, supplementing information on performing practice for each Sonata and each movement in this volume. It discusses techniques of both violin and piano playing in Beethoven’s period, as well as historical contexts and advice on phrasing and technique based on the evaluation of historical editions (s.a. von Czerny, Ferdinand David, Alard, Diémer, Grützmacher, Reinecke, Brodsky, Joachim, Rosé, Halir, Kreisler etc.).