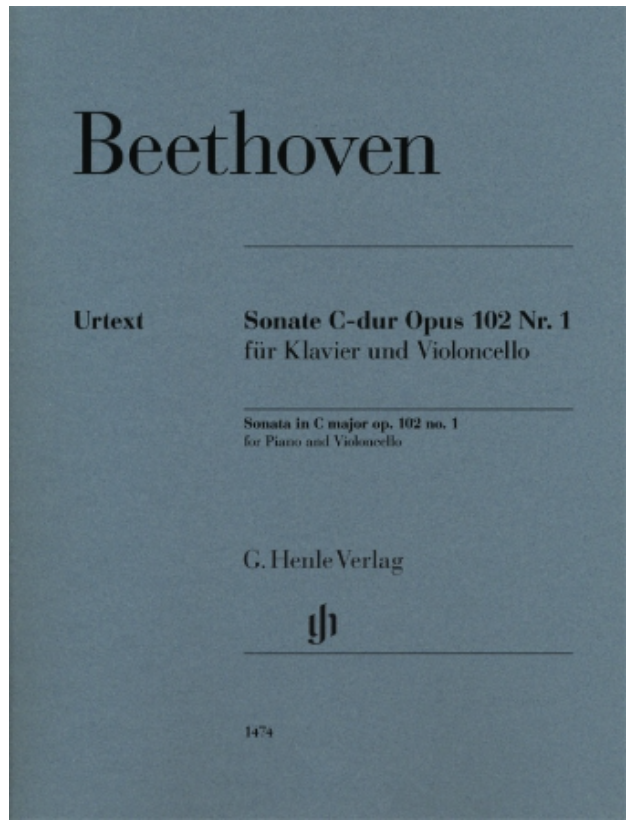 Written in 1815, the two Sonatas op. 102 mark the transition to the often austere sonorities of Beethoven's late style. One reviewer of the original edition noted in 1818 that they “doubtless number among the most unusual and peculiar things written in a long while.” Proceeding from the established Classical schema, here Beethoven explores possibilities for changing and expanding sonata form, which make Opus 102 the capstone of his cello oeuvre. In the Sonata in C-major, unusual elements emerge in the very structure: two fast movements, each preceded by short introductions at a slow tempo - an idiosyncratic, unique formal construction. The Urtext edition by Jens Dufner is based on his research for the Critical Report of the Beethoven Complete Edition and thus features a musical text at the highest scholarly level. In the preface and Critical Report, he outlines the genesis and source situation of the sonata. Ian Fountain and David Geringas provide the fingerings.