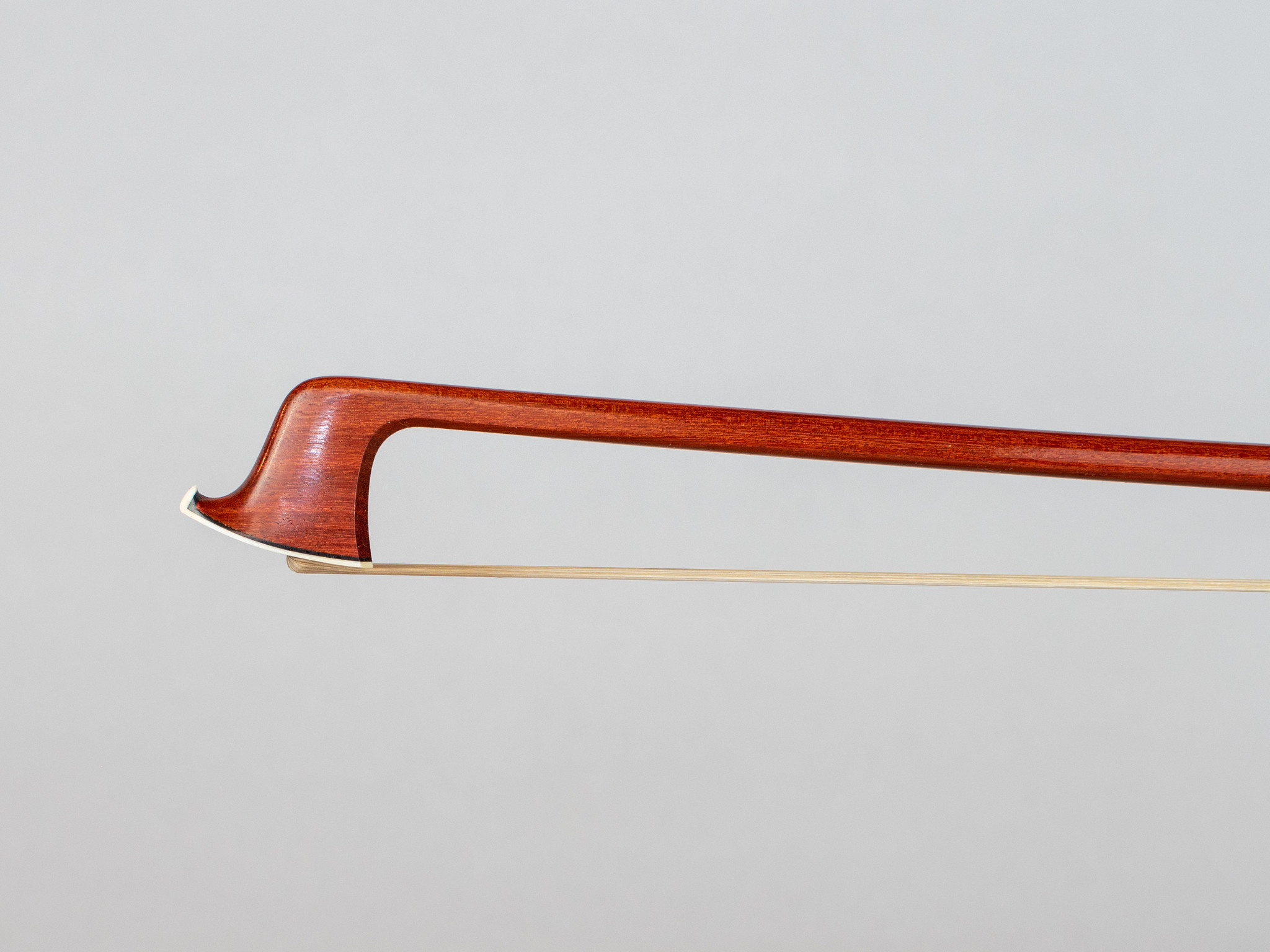 Andrea Proietti, Italy
Proietti was born in Rome in 1976. At the age of 21 he moved to Cremona where he began his training in the Construction, Maintenance and Restoration of the Classical Quartet's Strings. During his training he worked in Avignon with Katia Luis and Remì Bertaux and in Paris with Edwin Clemènt, where he learned the construction technique of the French arch.

Back in Cremona, in 2002 he began his collaboration in Giovanni Lucchi's laboratory where he remained until 2006, specializing in Construction and Restoration.

He teaches at the International School of Bow Making in Cremona from 2003 to 2010, dealing specifically with the subject of the Arch Construction Laboratory. In 2007 he moved to Cesena, opening his own laboratory, where he still works. His bows are also very popular in Switzerland, Austria and Germany. Since 2017 he regularly attends courses with Tibor Kovacs in Paris.