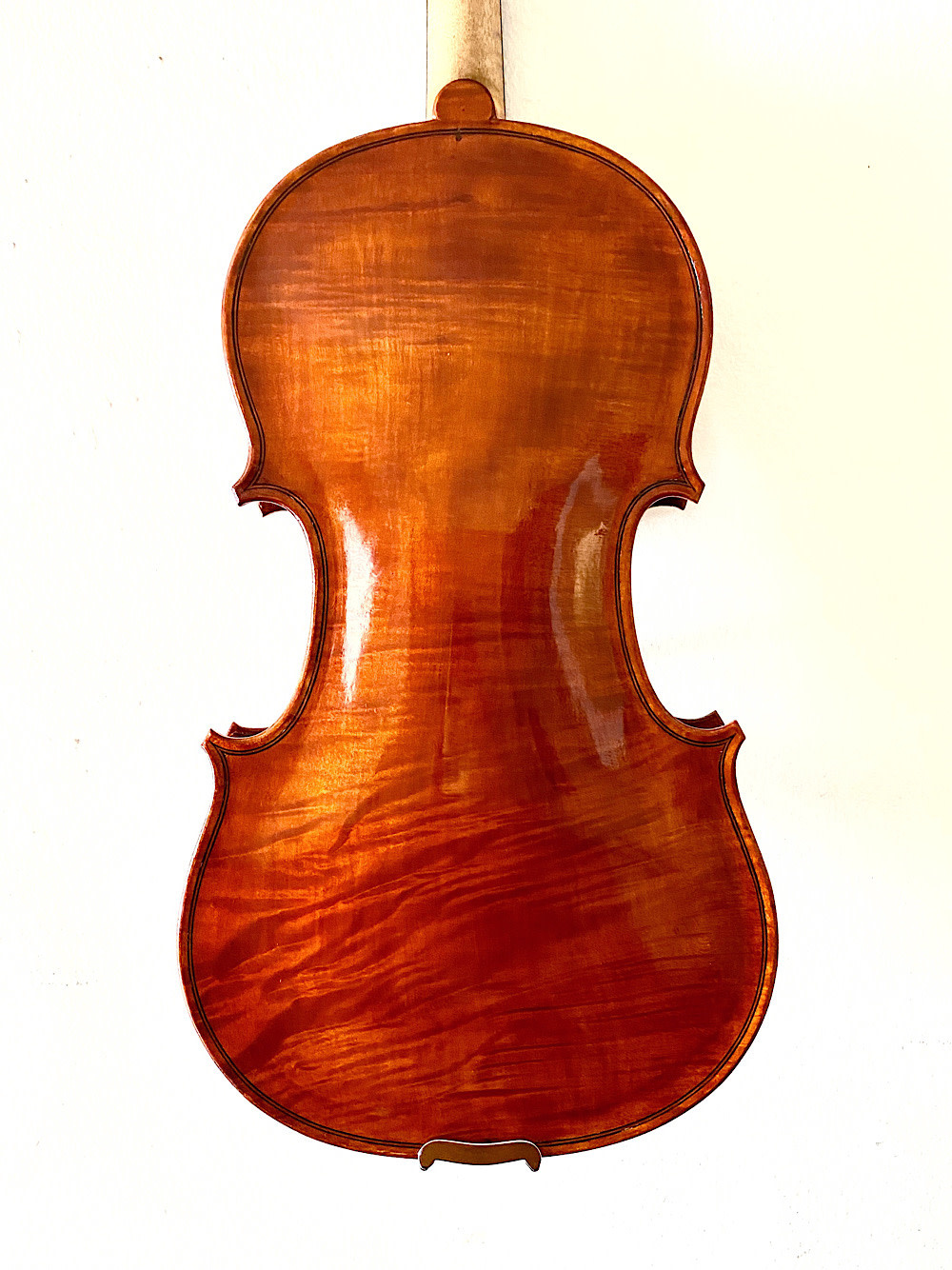 Todd Goldenberg’s path to becoming a violin maker began with a degree in botany from the University of New Hampshire. Todd began to pursue his passion by moving to Portland Oregon where he studied with guitar maker Rob Ehlers. A move to Chicago was intended to expand his training in guitar-making, but, once there, Todd was hired at Bein and Fushi and he has been a violin maker ever since.

Todd next moved to Ann Arbor, Michigan where he began a nine-year tenure with Shar Products Company. In 1987 Todd settled in North Berwick, Maine and opened his own violin studio in Portsmouth, New Hampshire. Todd has taught violin making at the North Bennett Street School in Boston. He was part of a co-operative group of violin makers in Waltham, Massachusetts where he worked alongside other New England makers. Finally, in 2003 Todd built a violin shop across the road from his lakeside home. Here he works as a violin, viola and cello maker. Todd has been awarded a silver medal for cello tone In V.S.A sponsored international competition .Todd has served two terms on the board member of the Violin Society of America. He currently is the violin instructor at the U of New Hampshire violin institute.