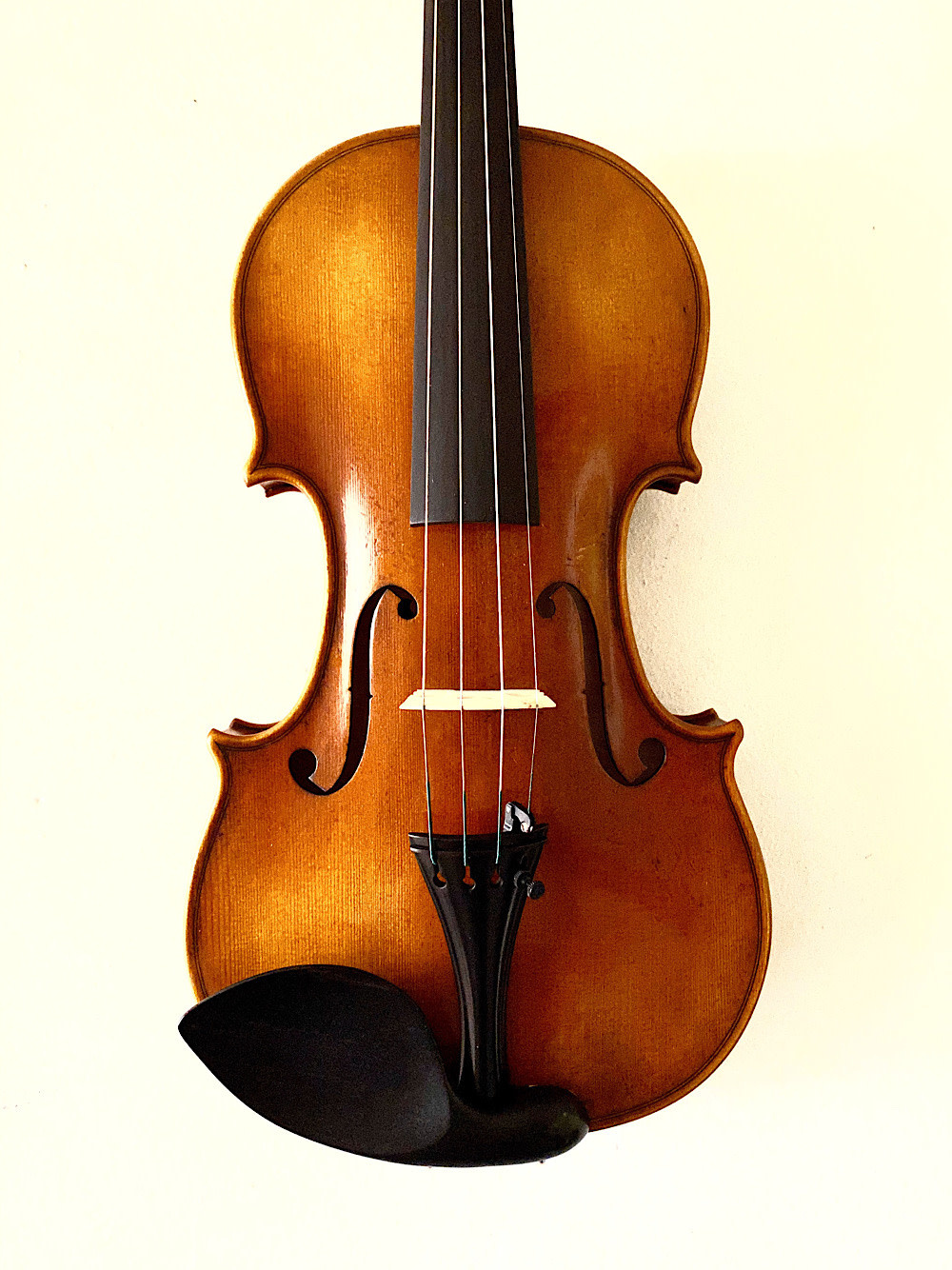 This beautiful, new, master workshop violin features a handsome one-piece narrowly flamed back and fine-grained spruce top.  The dark red-brown varnish has been lightly antiqued and shaded by the maker, revealing a dark golden-brown ground beneath.  The label has been signed by the maker, Thomas Hoyer.

Thomas Hoyer (born in 1970) is an important member of the famous German family of violin and bow makers, known for violin making since the 1750s. He grew up in Bubenreuth, Bavaria, where many violin makers from Schoenbach, Bohemia, re-opened their workshops after 1945 (including Hofner, Klier, Sandner, Framus and Paesold). He learned the craft of bow-making from his father, Georg Hoyer (1939-2001). Shortly thereafter, Thomas Hoyer studied violin-making, with his grandfather Anton Wilfer (1898-1973, educated by František Kříž in Prague). Thomas Hoyer worked with the companies Seifert and Hofner (both in Bubenreuth) and, in 1998, he received his master´s degree from the School of Violin-Making in Mittenwald, Germany.