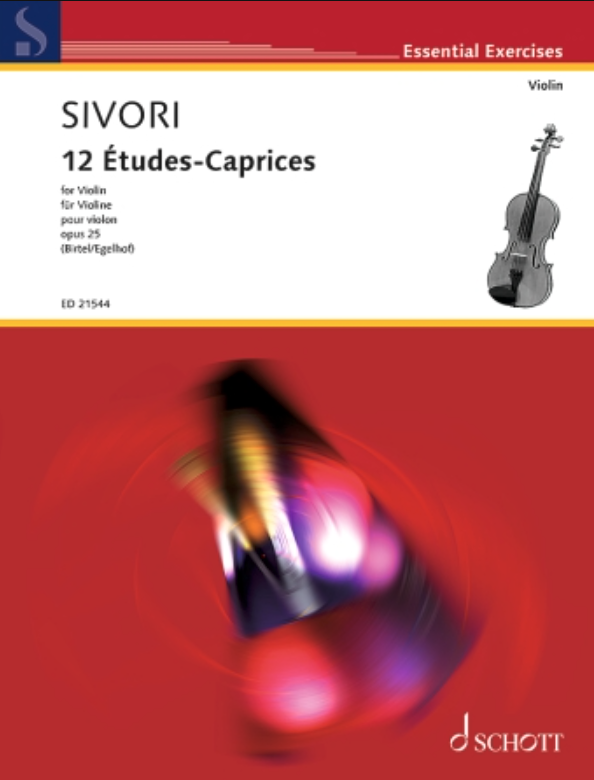 12 ETUDES-CAPRICES OP. 25
Violin Solo
Series: String Solo
Publisher: Schott
Format: Softcover
Composer: Camillo Sivori
Editor: Wolfgang Birtel
Camillo Sivori was considered a child prodigy in his time. He started playing the violin at the age of 2. He later became the only student of Niccolò Paganini. His 12 Étude-Caprices for solo violin demand a high degree of virtuosity. This critical new edition is based on the first edition, the practical playing arrangement was made by the Lübeck professor Maria Egelhof.