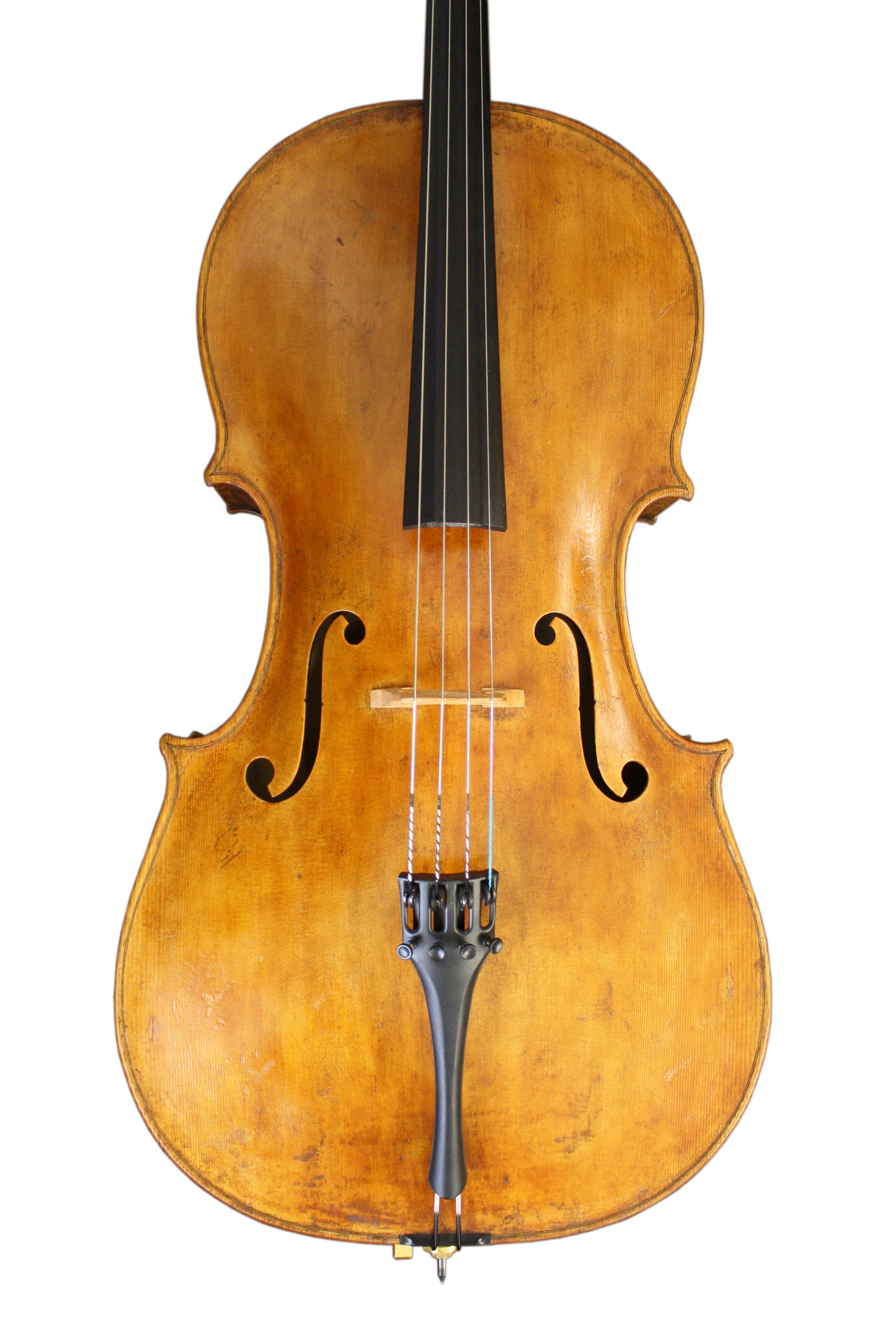 This gorgeous Grancino copy by Michael Fischer features a single-piece back, thinner neck, and red-brown varnish. It has a rich and dark tone and is well balanced in its projection across all four strings. This cello would be a wonderful instrument for any professional cellist.

The back is formed from one piece of quarter-cut poplar, marked by wide flame at the bottom half with a large knot on the lower treble side. The wood of the scroll is similar to that of the back and grafted onto the neck made of maple with medium flame, with the ribs made of sycamore. The two-piece spruce top has straight and very narrow grain, widening at the flanks. The instrument is covered in a red-brown varnish that has been antiqued by the maker, revealing a pale gold ground beneath. The cello is in new condition.