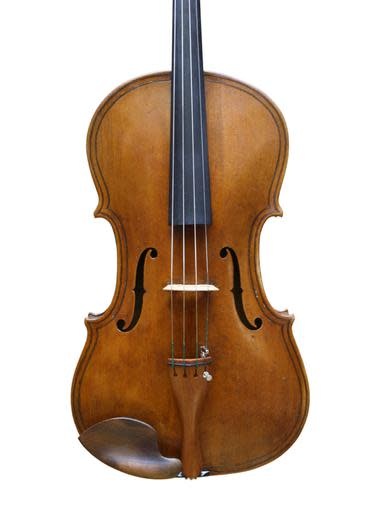 The viola is a copy of a viola made by Pelegrino Zanetto in Brescia ca 1580, in the possession of the Los Angeles Philharmonic Orchestra and played at the moment by the Principal violist Teng Li