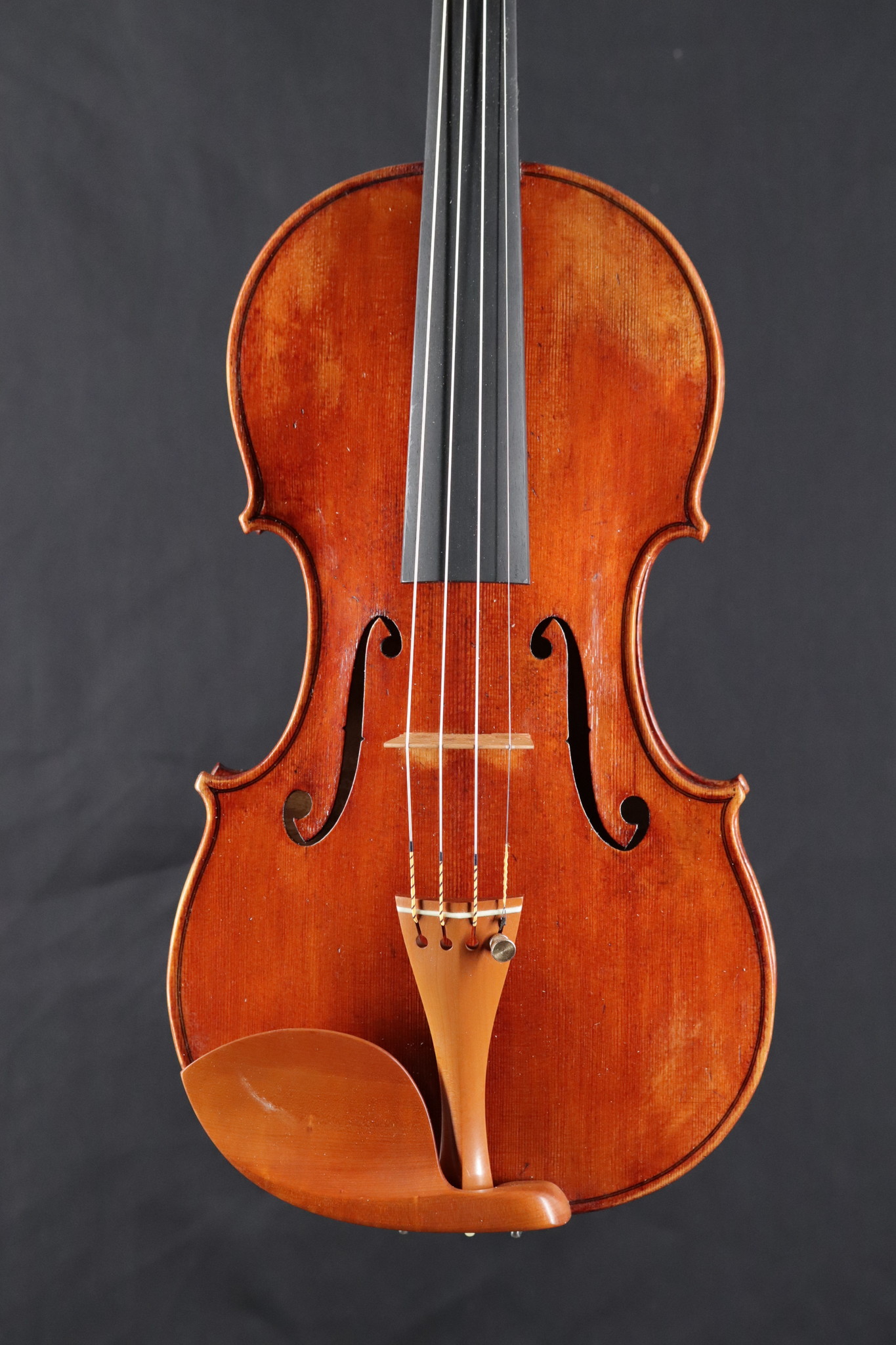 In 1988 he opened his own shop in Boulder Colorado and later moved to Flagstaff Arizona where he still resides. He also taught at the Violin Society of America’s violin repair and restoration workshop under the direction of Vahakn Nigogosian. In 2018 he quit selling student instruments and doing repair to focus strictly on building instruments.  His techniques are quite traditional, but he does use some computer driven acoustical analysis to assist him in making decisions while building and adjusting his instruments.  AME4VN