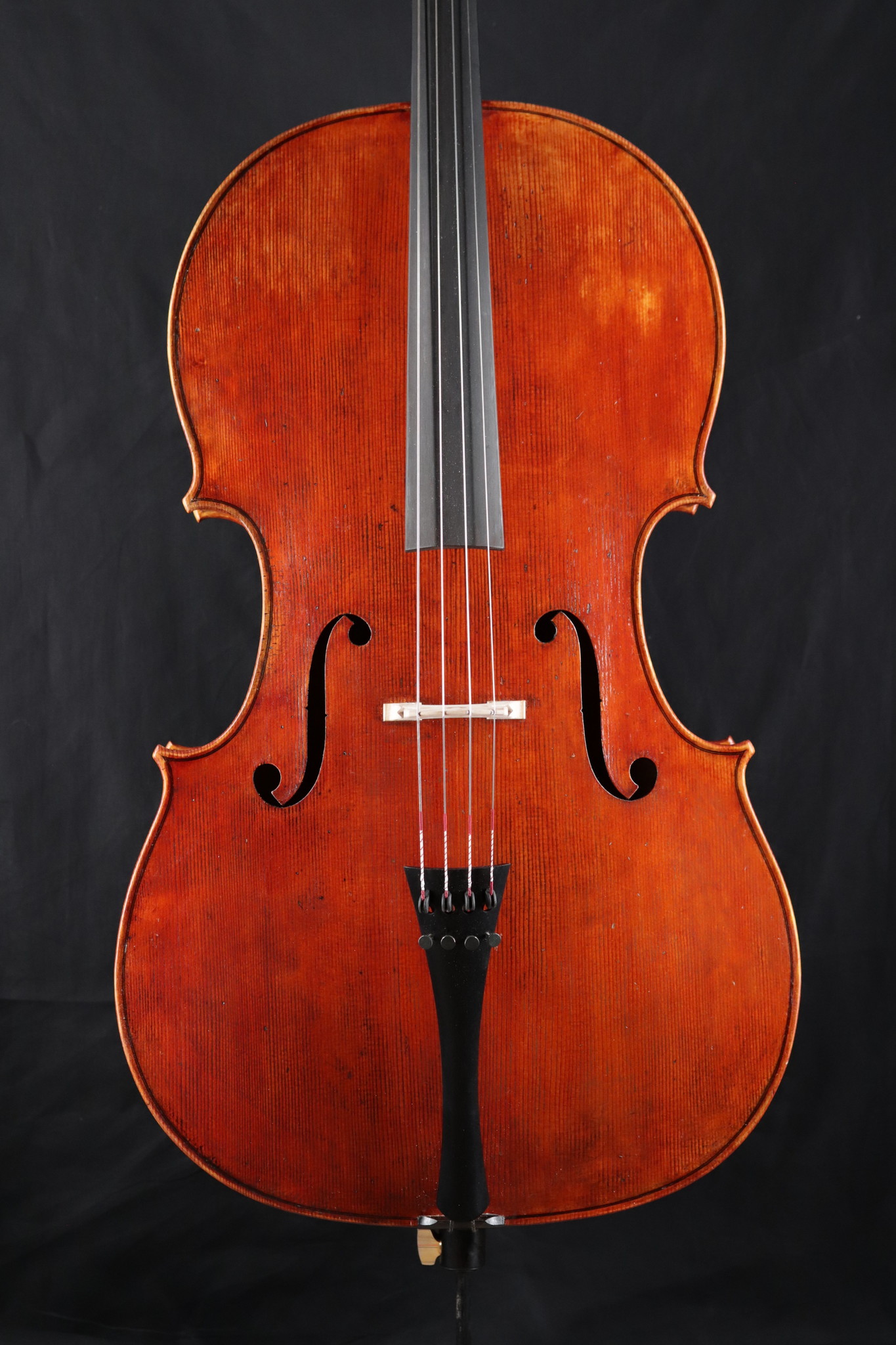 This cello by Jeffrey Robinson has a beautiful red-orange finish and has a warm and full sound. It is well balanced across all four strings and has a noticeably strong middle range. This would be a great instrument for any advanced or professional player.

The back is formed from two pieces of quarter cut maple, marked by medium flame slanting upward towards the flanks. The wood of the ribs are similar to that of the back, with the scroll being marked by less pronounced flame. The two-piece spruce top has straight and medium-narrow grain, narrowing at the flanks. The instrument is covered with a red-orange varnish that has been antiqued by the maker, revealing a pale gold ground underneath. The cello is in new condition.

In 1988 he opened his own shop in Boulder, Colorado and later moved to Flagstaff, Arizona where he still resides. He also taught at the Violin Society of America’s violin repair and restoration workshop under the direction of Vahakn Nigogosian. In 2018 he quit selling student instruments and doing repair to focus strictly on building instruments.  His techniques are quite traditional, but he does use some computer driven acoustical analysis to assist him in making decisions while building and adjusting his instruments.