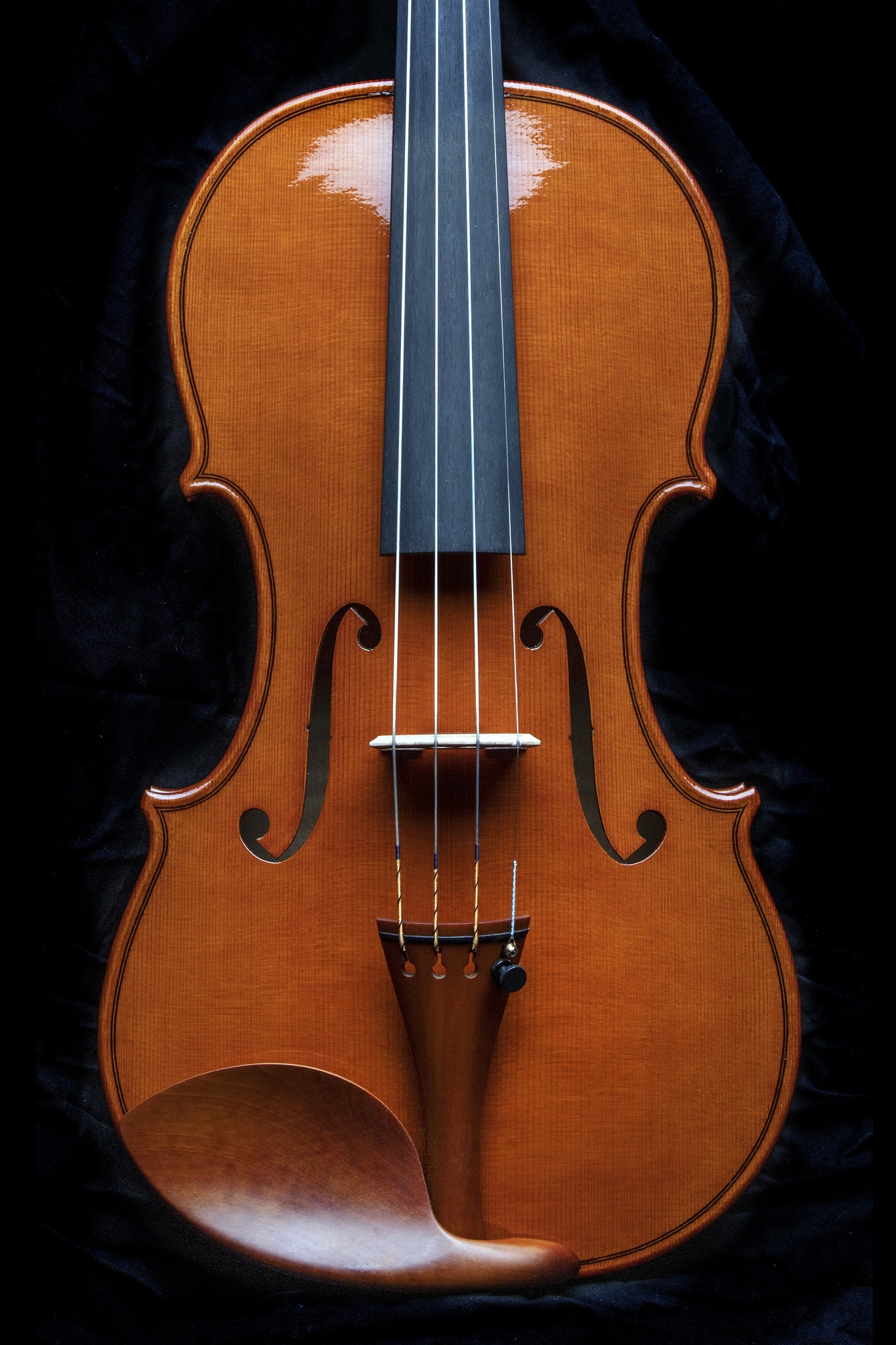 Raised in the small town of Magnolia, Iowa, Dirk Henry began his violin making career in 2010 in Omaha, Nebraska. He has studied with Salt Lake graduate, Cesario Amesquita, as well as distinguished violin maker Mark Womack. Until 2015, Dirk served as a workshop manager, dividing his time between repairing instruments and building from scratch. Dirk worked out of his home from late 2015 to early 2019. In March 2019, Dirk joined his friend and fellow luthier, Alex Reza, at Violins of Omaha, in the Hotshops Art Center.  There he continues making new instruments as well as setup and repair work.  Dirk is committed to continuing to refine his skills and improve his craftsmanship through attending workshops and seminars, including the Oberlin Violin Making Workshop and the Oberlin Acoustics Workshop.

Dirk has received both tone and violin making awards for his instruments. At the Southern Violin Association Violin Makers Competition 2019, Dirk received awards for first place tone for viola and second place workmanship for viola. He received third place for violin tone there as well. He was also awarded a Silver Medal for Tone and a Silver Medal for Overall for his viola in the 2015 VMAAI Competition.