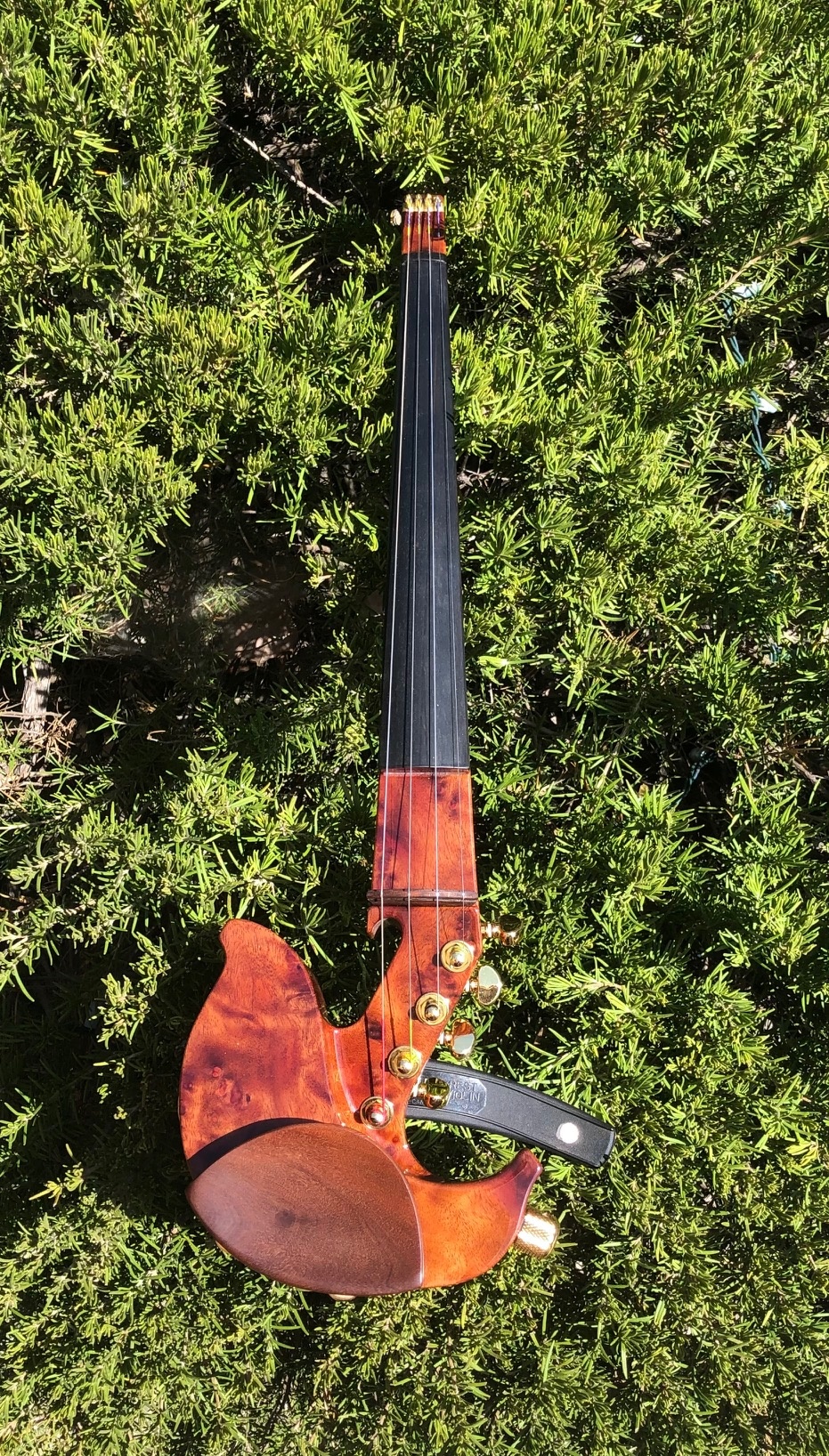 John Jordan is a recognized violin maker and has designed and built a full range of stringed instruments including Violins, Viola , Cellos, Upright Bass, and Guitars & Bass Guitars.

JORDAN ELECTRIC VIOLINS / JORDAN MUSIC SERVICES is the workshop of John Jordan. After more than a decade of running a multi-employee shop, John has chosen to concentrate almost entirely on building instruments while working alone.

John Jordan concentrates on instrument design and construction. He has done a large amount of repair in the past and continues to do some repair work.

What went on in between the outlined highlights? Repairs, restorations, and customizations on tens of thousands of instruments collectively by John Jordan, and his employees, for a wide spectrum of musicians from beginners to world renowned professional musicians. Visit our Repair / Restoration Services page for more details.

More than 600 fine instruments have been designed and built by John Jordan often involving design ideas from both the customer involved and from employees. The range of instruments built are mostly acoustic and electric violins, guitars, cellos, and basses. Also included on occasion have been harps, electric mandolins, and viola da gambas.