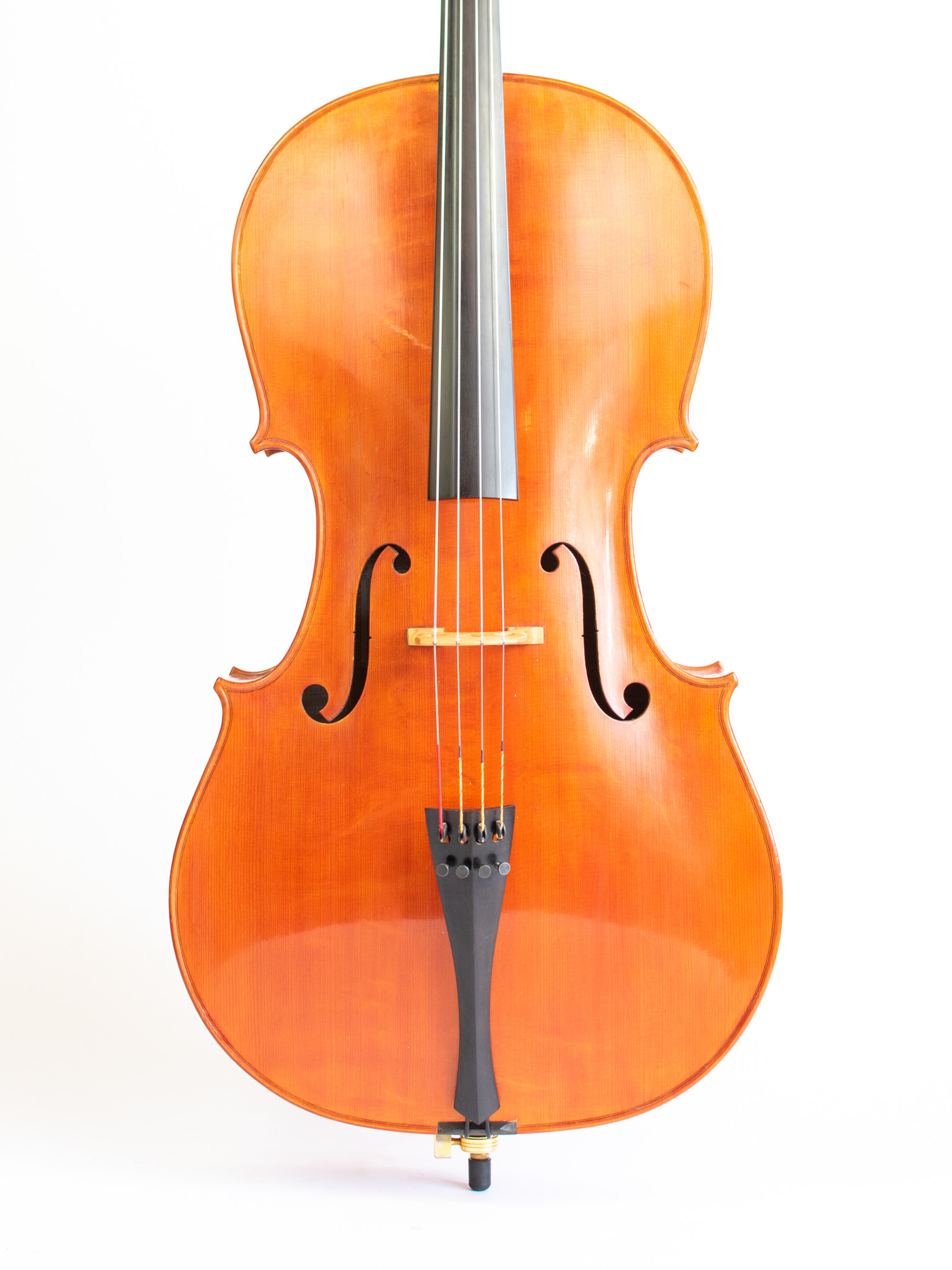 The back is formed from two pieces of quarter-cut maple, marked by narrow flame slanting downward slightly toward the sides. The wood of the ribs and scroll are similar to that of the back. The two-piece spruce top has straight and narrow grain, widening at the flanks, marked by clawing throughout. The instrument is covered in an orange-brown varnish with a pale gold ground beneath. The cello is in excellent condition.

The 4/4 cello has a printed label that reads:

Upon finishing school, he decided to travel to Italy to study the fine art of violin-making in the Cremonese tradition. In 1979 he entered the International School for Violin Construction in Cremona, where he studied with masters Riccardo Bergonzi, Giorgio Scolari, and Stefano
Conia. During his seven years in Cremona, Vitanza made over thirty instruments, selling them to musicians in Germany, Sweden, Finland, Italy, and the United States.