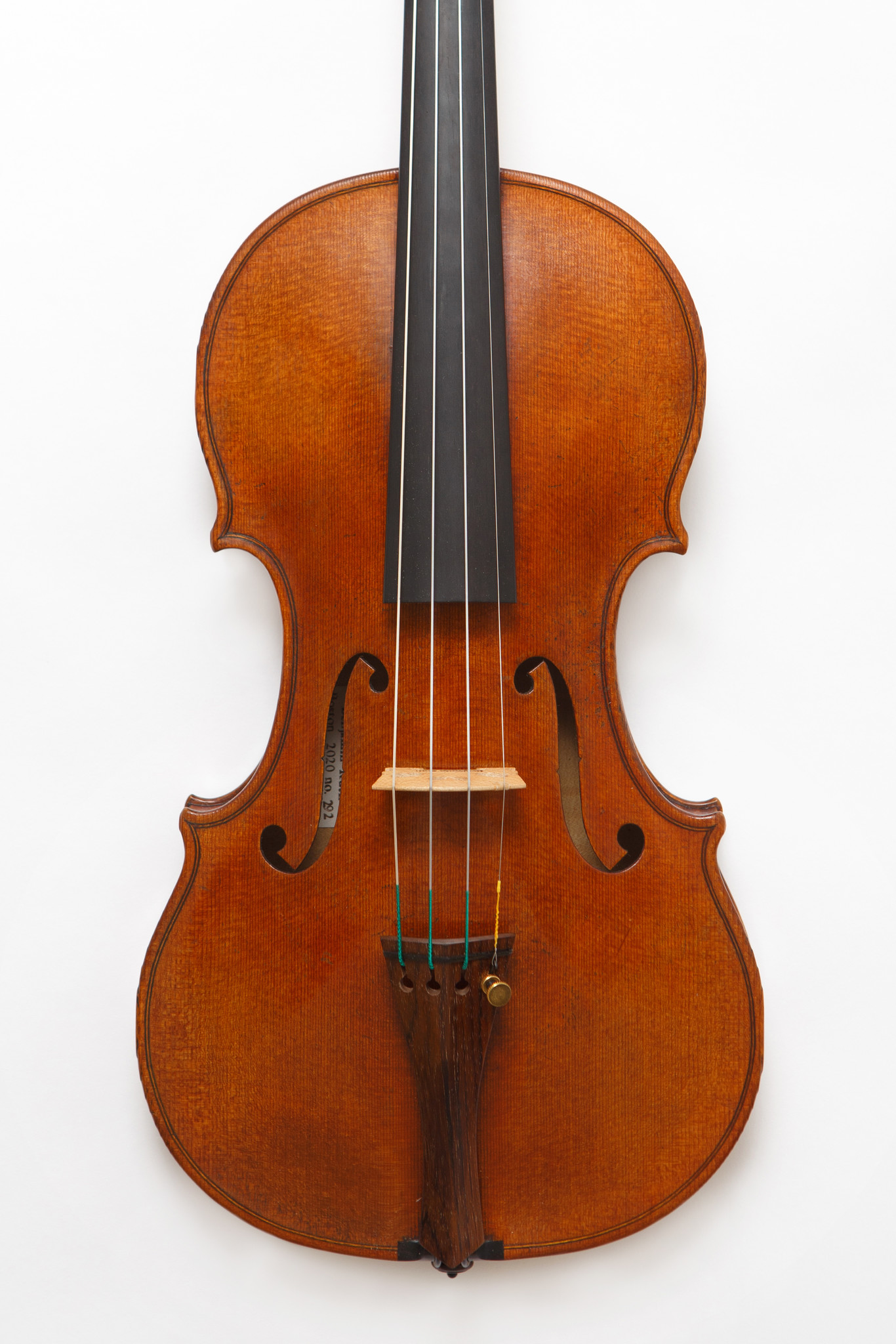 This instrument is part of our fifth annual Contemporary American Makers Exhibition and Sale, 2022

Among the most highly regarded contemporary violin makers, Benjamin Ruth was awarded gold medals for both violin and viola in the 2012 VSA international competition. Active in violin making for 40 years, Mr. Ruth now concentrates on creating ideal instrument for today’s musicians with demanding careers.  He lives and works in Boston’s North Shore.

Mr. Ruth is committed to the highest standard of artistry in violin making, and is a leading participant and teacher in the Oberlin

Violin Making Workshop, a highly regarded gathering where top notch makers from all over the world come together to exchange

ideas and knowledge.  He has also participated in similar professional development events in Europe.

A graduated of the Violin Making School of America, Benjamin Ruth received advanced training from 1979 to 1982 with Rene

Morel at Jacques Francais Rare violins.  After opening a shop in his native Philadelphia in 1989, Mr. Ruth joined Reuning & Son Violins in Ithaca, New York, specializing in restorations.  He remained in Ithaca to concentrate on making violins after Reuning & Son moved to Boston in 1994.  For the last 25 years he has concentrated exclusively on producing new violins, viola, and cellos for discerning artists.

Having been awarded gold medals in three distinct VSA competitions, he has been designated “Hors Concours” and has served as a Judge for the VSA.  He also received a top prize for tone at the most recent competition of the British Violin Making