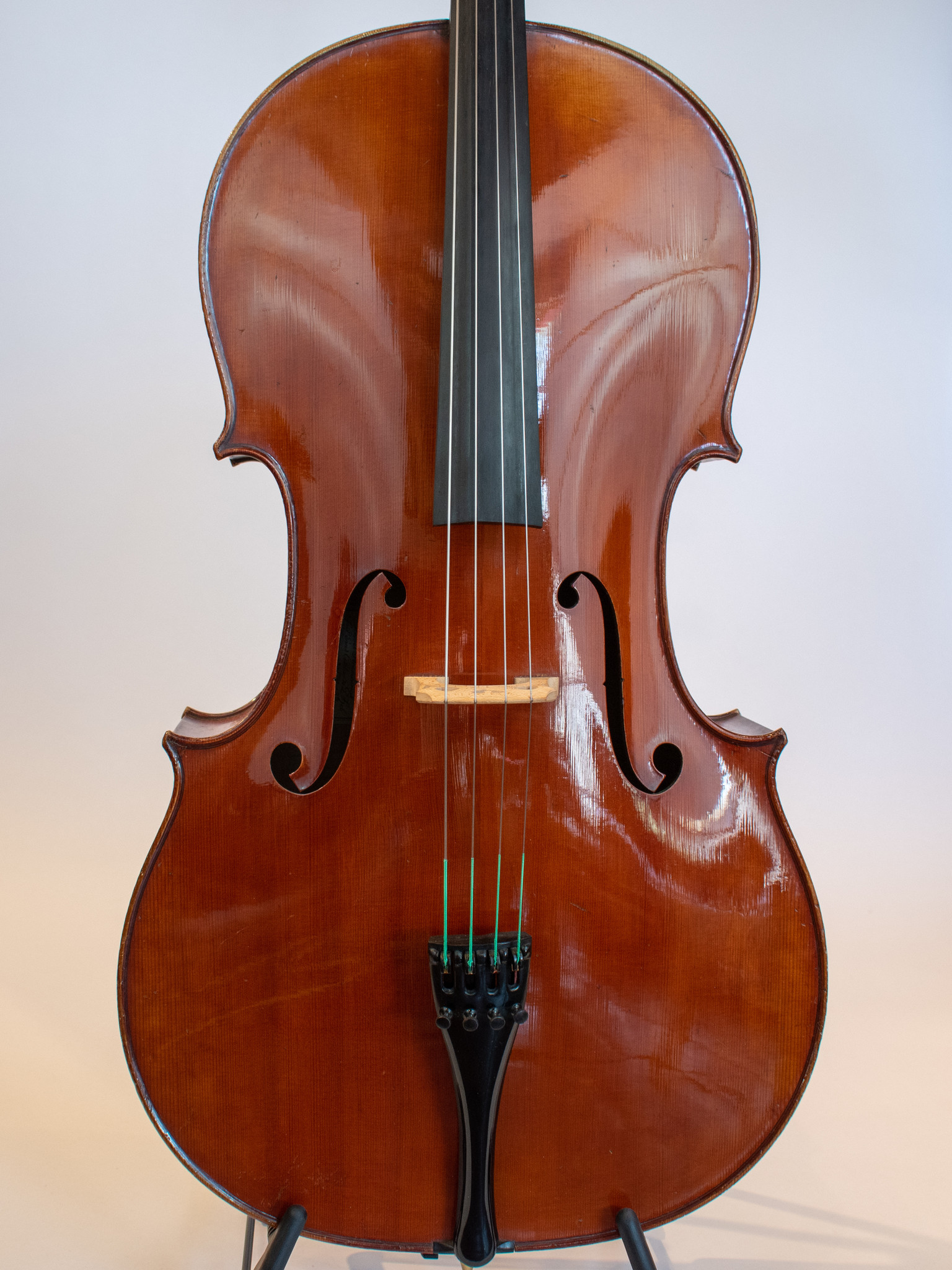 This fine cello by the French luthier Amédée Dieudonné was completed in the workshop of Pierre Hel in 1930. With its sweet, rich, and dark sound, it is an incredibly high level instrument and would be well-suited for a finessed style of play.

The back is formed from two-pieces of quarter-cut maple, marked by narrow width flame slanting slightly downward toward the sides. The wood of the scroll and ribs is similar to that of the back. The two-piece spruce top has straight and very narrow grain, widening toward the flanks. The instrument is covered in a red-brown varnish that has be lightly antiqued by the maker, revealing a pale gold ground beneath. The cello is in excellent condition.

Amédée Dieudonné (1890-1960) studied violin making with Gustave Bazin before working at the Darché firm in Brussels. In 1920 he returned to his hometown of Mirecourt, where he became a highly prolific and respected maker. He built instruments for some of the top dealers in the world, including Paul Blanchard, Marc Laberte, Amati Mangenot, Bernard Millant, Rudolph Wurlitzer, and William Moennig. His work is largely based on Cremonese models and is often seen with its orange-red varnish.