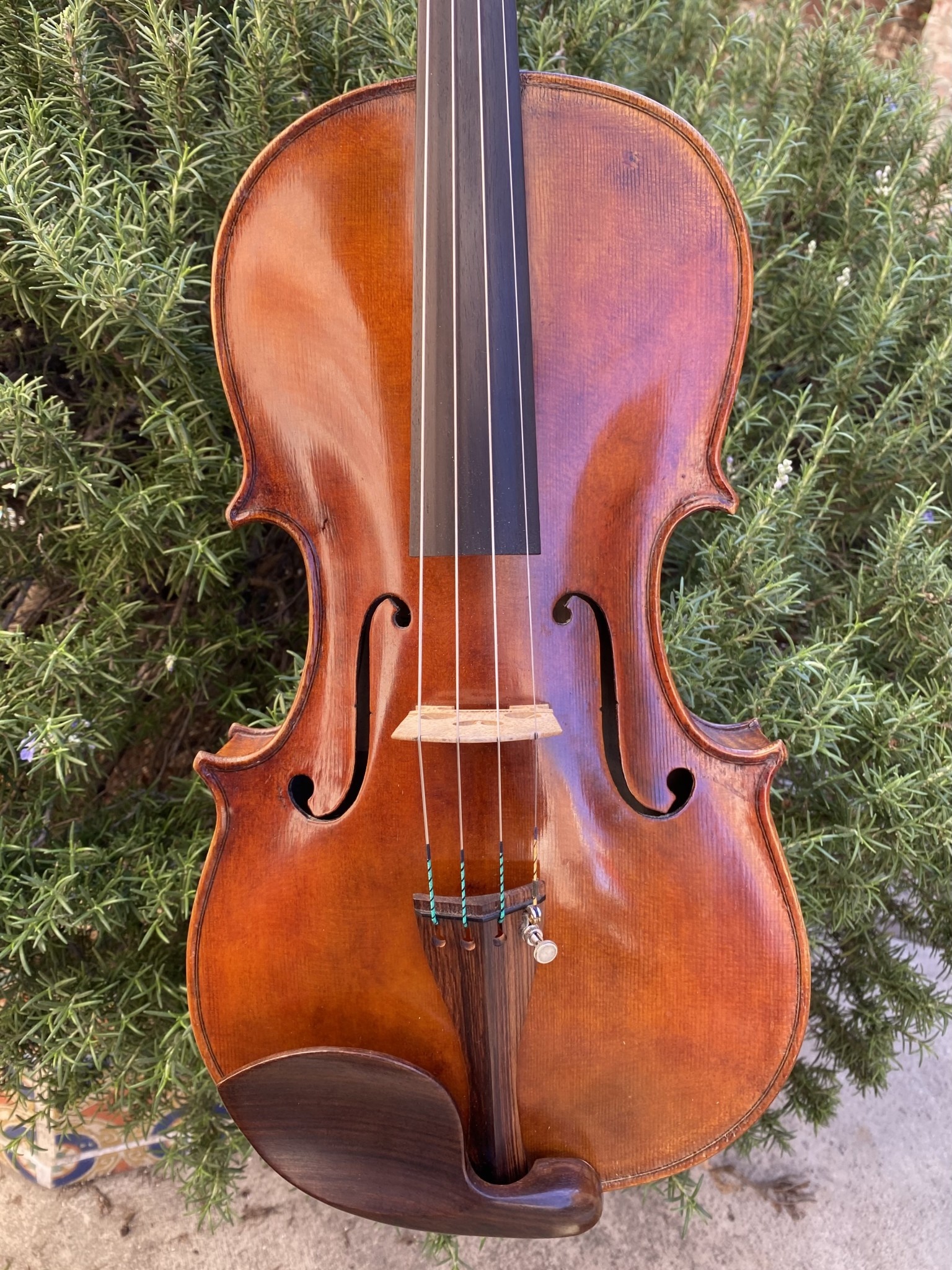 This viola is an absolute steal at its price...rich, lush sound, with a juicy and growly bottom. Made in Minneapolis by William Bartruff in 2012, his violas typically fetch prices double what we are asking. We are thrilled to be able to offer such a fine instrument at an attainable price point. Mint condition.

"William has always had an exceptional talent with stringed instruments. At the age of six, he began playing on a 400 year old Gasparo da Salò (1542-1609) violin handed down to him through the generations of his family. He was fascinated by the sounds emanating from the ancient wood he held in his hands and began searching for the secrets that this violin possessed.

Over the years, the quest lead William to Italy to study the secrets of the early violin makers. As a result, William is a maker of stringed instruments that are as close to the original masters as can be had in this modern age. And the varnishes he uses on his violins, violas and cellos are a special formula found no where else on earth.

From rare old logs, William creates one of a kind violins, violas and cellos with the power to fill a hall with harmony and a spirit with splendor. Because of this, William's stringed instruments are played by some of America's best musicians, including several violas in the Chicago Symphony. In fact, although William is a violin maker, or luthier, he is better known for his violas than for his other stringed instruments. This is by virtue of his intense devotion to the often neglected viola. But rest assured whether the instrument you seek is a violin, viola or cello, William's patterns are taken directly from study of original stringed instruments held in private collections and museums across the globe.